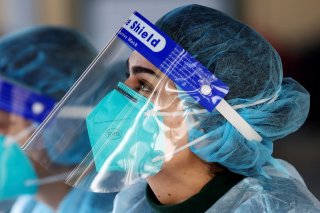 The novel coronavirus is able to survive for up to three weeks on frozen meat and fish, according to a new study that was posted on BioRxiv.

The study, which has not yet been peer-reviewed, pinpointed the presence of the virus—not just the genetic material—on meat that was previously refrigerated and frozen for roughly twenty-one days and later thawed.

In concluding the surprising findings, the researchers inoculated 500 individual cubes of salmon, chicken, and pork from supermarkets in Singapore with a large dose of SARS-CoV-2 viral particles.

The researchers discovered that even after three weeks had passed, the virus was still present on the samples.

“Importation of contaminated food and food packaging is a feasible source for such outbreaks and a source of clusters within existing outbreaks,” the study wrote.

“While it can be confidently argued that transmission via contaminated food is not a major infection route, the potential for movement of contaminated items to a region with no COVID-19 and initiate an outbreak is an important hypothesis. … An infected food handler has the potential to become an index case of a new outbreak. The international food market is massive and even a very unlikely event could be expected to occur from time to time.”

This particular study could also help explain certain outbreaks in countries where there weren’t any coronavirus cases for weeks at a time, the researchers noted.

“An explanation is required for the re-emergence of COVID-19 outbreaks in regions with apparent local eradication. Recent outbreaks have emerged in Vietnam, New Zealand and parts of China where there had been no cases for some months,” the study wrote.

Earlier this month, there were reports out of Shenzhen, China, that the novel coronavirus was found on the surface of frozen chicken wings imported from Brazil over a span of four days.

In response, the Shenzhen Municipal Health Commission stated that it traced and tested everyone who may have come into contact with the affected food products, and all results came back negative.

The World Health Organization, however, quickly reassured the public that the contagion likely does not spread in such a manner.

“There is no evidence that food or the food chain is participating in the transmission of this virus,” Dr. Mike Ryan, executive director of the WHO’s emergencies program, said during a press conference.

According to the WHO, Chinese health officials tested a “few hundred thousand” samples of frozen food and found that “very, very few” tests came back positive.