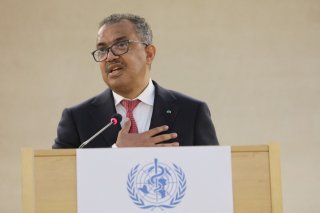 At least twenty states now have confirmed cases of the fast-spreading monkeypox virus.

According to Fox News, per the Centers for Disease Control and Prevention, 113 infections have been reported in the country, with the majority of them in the states of California, New York, Illinois, and Florida. The most recent cases were discovered in New Jersey and Missouri.

According to the World Health Organization (WHO), there have been more than 2,500 cases globally and one death. Forty-two countries in five global regions have reported cases, but 84 percent have been in the WHO European Region.

“We are removing the distinction between endemic and non-endemic countries, reporting on countries together where possible, to reflect the unified response that is needed,” the WHO said in a report.

The recent surge in monkeypox cases is unusual since they are occurring in North American and European countries where the virus is not endemic. Monkeypox is generally found in Central and West African rainforests, where animals that carry the virus live.

Dr. Hans Kluge, the WHO’s top official in Europe, has called for urgent action to control the fast-rising cases of the virus.

“The magnitude of this outbreak poses a real risk,” he said during a recent press conference. “The longer the virus circulates, the more it will extend its reach, and the stronger the disease’s foothold will get in non-endemic countries.”

Kluge noted that the global health agency will convene its emergency committee in Geneva this week to assess whether the current outbreak is a public health emergency of international concern.

WHO director-general Tedros Adhanom Ghebreyesus added that the outbreak “is clearly unusual and concerning.”

“I think it's now clear that there is an unusual situation meaning even the virus is behaving unusually from how it used to behave in the past,” he said. “But not only that, but it's also affecting more and more countries and we believe that it needs also some coordinated response because of the geographic spread.”

According to the WHO, monkeypox is a viral illness that begins with flu-like symptoms and the swelling of lymph nodes, eventually progressing to rashes on the face, hands, feet, eyes, mouth, or genitals that turn into raised bumps which then become blisters. The virus, which is transmissible for up to four weeks, is most easily spread via open contact with the sores of an infected individual. It can also spread through contact with materials that have the virus on them, such as shared bedding and clothing.