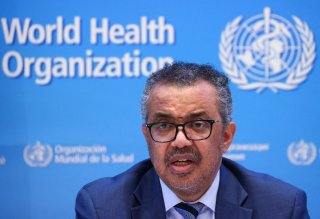 The World Health Organization (WHO) has sounded the alarm that urgent action is needed to contain the skyrocketing cases of monkeypox in Europe.

The continent is considered the epicenter of the global outbreak of the virus, with 90 percent of confirmed monkeypox cases reported there. The WHO has confirmed that new infections have surged three-fold since June 15.

“Urgent and coordinated action is imperative if we are to turn a corner in the race to reverse the ongoing spread of this disease,” Dr. Hans Kluge, the head of WHO Europe, said during a briefing on Friday, per CNBC.

“There is simply no room for complacency—especially right here in the European Region with its fast-moving outbreak that with every hour, day and week is extending its reach into previously unaffected areas,” he continued.

Kluge added that the health agency will likely reconsider whether monkeypox is a global health emergency soon, given the “rapid evolution and emergency nature of the event.”

He also noted that 99 percent of monkeypox patients in Europe are men between the ages of twenty-one and forty, with many admitting to having sex with other men.

WHO officials for weeks have stated that the virus is not a sexually transmitted infection, but the recent outbreak appears to have been spread among men who have sex with other men. They also emphasized that anyone can contract the disease regardless of sexual orientation.

“We know from our lessons in dealing with HIV how stigma further fuels outbreaks and epidemics, but allowing our fear of creating stigma to prevent us from acting may be just as damaging,” Kluge said.

According to the WHO, monkeypox, which is in the same virus family as smallpox but with milder symptoms, is an illness that begins with flu-like symptoms and the swelling of lymph nodes, eventually progressing to rashes on the face, hands, feet, eyes, mouth, or genitals that turn into raised bumps which then become blisters. Evidence suggests that the virus is transmissible for up to four weeks and spreads most easily via open contact with the sores of an infected individual. It can also spread through contact with materials that have the virus on them, such as shared bedding and clothing.