WHO: Monkeypox Could Gain Foothold Outside Africa 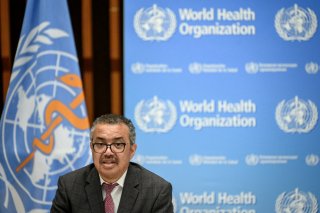 World Health Organization (WHO) director-general Tedros Adhanom Ghebreyesus sounded the alarm on Wednesday that the window to contain the global outbreak of monkeypox virus in non-endemic countries is closing quickly.

“The risk of monkeypox becoming established in non-endemic countries is real,” he warned during a press briefing.

“But that scenario can be prevented. WHO urges the affected countries to make every effort to identify all cases and contacts to control this outbreak and prevent onward monkeypox spread,” he continued.

Since the beginning of May, the global health agency confirmed that there have been more than 1,000 reported cases across nearly thirty countries. However, no deaths have been reported.

In the United States, data from the Centers for Disease Control and Prevention (CDC) show that there are forty confirmed cases of monkeypox. New York has seen nine cases, California eight cases, Florida four, three in Colorado and Illinois, and two in Utah, Hawaii, and the District of Columbia. Arizona, Georgia, Massachusetts, Pennsylvania, Texas, Virginia, and Washington have all reported one case each.

The surge in monkeypox cases is believed to be highly unusual due to the fact that they are occurring in North American and European countries where the virus is not endemic. Monkeypox is generally found in Central and West African rainforests where animals carry the virus live. Animal hosts can include a range of rodents and non-human primates.

As reported by NBC News, if these outbreaks aren't contained and the virus does gain a foothold in new regions, experts have acknowledged that there is a possibility that cases could eventually rise to epidemic proportions.

“As you keep moving forward into the future and more and more individuals become infected, you do start to worry,” Amira Albert Roess, a professor of global health and epidemiology at George Mason University, told the news outlet.

“Is this going to become something that is just going to keep on moving from person to person and then we will not be able to control it?” she added.

WHO officials have stressed that the virus itself is not a sexually transmitted infection but the recent outbreak appears to have been spread among men who have sex with other men. The virus is most easily spread via open contact with the sores of an infected individual but it can also spread through contact with materials that have the virus on them, such as shared bedding and clothing.

The officials also emphasized that anyone—regardless of sexual orientation—can contract the disease.

“Right now, we’re more at risk for the virus maybe becoming endemic due to ongoing human-to-human transmission and our inability to stop the transmission cycle,” Roess said.