Can South Korea Afford to Be an American Ally? 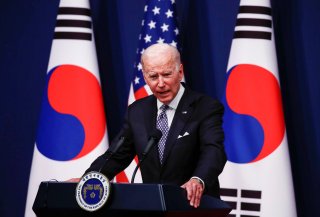 Under President Yoon Suk-yeol, South Korea has embarked on a foreign policy that seems to place the nation more clearly on the side of the United States in the rivalry between Washington and Beijing. Although this policy may come with costs, they can potentially be outweighed by the benefits to South Korea. The United States and its allies must do what they can to help reduce the costs and increase the benefits of pursuing this foreign policy.

The Yoon administration professes a so-called “values-based diplomacy,” aligning South Korea more firmly with nations that share a commitment to liberal democracy. One of the earliest displays of this policy was when South Korea participated in the NATO Summit in Madrid earlier this year as one of NATO’s four Asia-Pacific partners. Yoon attended this summit despite objections from Beijing, and the summit endorsed a new NATO Strategic Concept that addresses, for the first time, the challenges posed by China.

Seoul must be careful not to antagonize Beijing, as China is still South Korea’s largest trading partner and Beijing’s cooperation is important in meeting the challenges posed by North Korea. Three years ago, Japan weaponized trade when it imposed export restraints on three chemicals indispensable to South Korea’s semiconductor and display industries. Similarly, China controls strategic minerals that are essential to South Korea’s electric vehicle battery industry. Although South Korea is promoting hydrogen fuel in part to lessen its dependence on China for these minerals, policymakers in Seoul remain concerned that Beijing can retaliate economically against Seoul for moving closer to Washington by weaponizing trade and other means.

As the growing U.S.-China competition polarizes supply chains in the world economy, the Yoon administration has become a key partner in the U.S. effort to build its own supply chains. The U.S.-South Korea military alliance has expanded into an economic and technological alliance, and South Korean firms have announced ambitious plans to build factories in the United States. Although the current strength of the U.S. dollar may delay the implementation of these plans, the size of the direct investments announced by South Korean firms makes South Korea the largest foreign direct investor in the United States for 2022.

Seoul is especially important to Washington’s efforts to develop its own domestic manufacturing base in key strategic industries like semiconductors and electric vehicle batteries. Through initiatives such as the “Chip 4,” Washington seeks to build its own supply chains in these strategic industries, and South Korea is a key player courted for these initiatives.

It is in the U.S. national interest that Washington is courting South Korean investments in these strategic industries, which bring huge benefits to the United States. Among these benefits are tens of thousands of good jobs, not to mention all the positive spillover effects for the U.S. economy at the local, state, and national levels.

The United States has been successful in attracting these Korean investments in part because it has offered attractive inducements, such as tax benefits for Korean semiconductor firms. However, the Inflation Reduction Act (IRA), recently signed by President Joe Biden, contains elements that amount to thinly-disguised protectionism, which may do more harm than good to the U.S. national interest.

The ongoing supply chain polarization of the global economy may indeed come with costs for South Korea even as it invests in the United States and aligns itself more with Washington vis-a-vis China. However, there is a potential silver lining. China is increasingly the chief competitor to South Korea in many of its key industries, and polarized supply chains will mean that Korean firms can be shielded from Chinese competition in the United States, Europe, and other parts of the global economy restricted to Chinese players. Protected from Chinese competition, South Korean semiconductors, batteries, electric vehicles, and telecommunication equipment—not to mention South Korean armaments—would be more likely to find buyers.

Jongsoo Lee is Senior Managing Director at Brock Securities and Center Associate at Harvard University’s Davis Center for Russian and Eurasian Studies. He is also an Adjunct Fellow at the Hawaii-based Pacific Forum and Contributing Editor at The Diplomat. He can be followed on Twitter at @jameslee004.