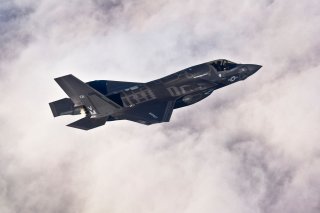 Editor’s note: John Dale Grover is a Korean Studies fellow at the Center for the National Interest. He visited Seoul for a week in early November 2019 to interview nine experts in South Korea for this project. This is the fourth piece in a five-article series, “How South Korea’s Politics and Military Impacts Strategic Stability with North Korea.” This series examines the two South Korean views—Engagement First vs. Deterrence First—over how to best interact with North Korea. The first piece introduces the problem of conflict escalation and stability in the context of North and South Korea’s militaries. The second piece looks at the Engagers’ point of view, and the third piece at the Deterers. The fourth piece sees where both groups agree and disagree, and the fifth piece concludes with how each side can help avoid a Second Korean War. Support for the reporting of this article was provided by a fellowship from Atomic Reporters together with the Stanley Center for Peace and Security and funding from the Carnegie Corporation, New York. The quotations in this article have been edited for length and clarity.

Where Engagers and Deterers Agree

Despite many differences, there are policy areas where Engagers and Deterers agree. Both groups want to avoid war since it would destroy many lives and undo South Korea’s hard-won prosperity. As Dr. Chung-in Moon told TNI, “Fire and fury is good in rhetoric, but bad in action. It is not just the Moon Jae-in government, but the entire Korean people, even including conservatives, who are strongly, deadly opposed to any military action. American military action on North Korea means North Korea’s massive retaliation against us.”

As an example, Dr. Chung-in Moon related a close-call from two decades ago. “Just go back to 1994, when then-U.S. Defense Secretary William Perry was deliberating on a surgical strike on North Korea’s Yongbyon nuclear facilities. At that time, the South Korean Kim Young-sam government was a conservative government. President Kim Young-sam said if the U.S. did take that kind of action, it would end the alliance. He was really furious about America’s plans mostly because at the time, the Clinton administration did not fully brief Seoul on its military action. Therefore President Kim Young-sam at the time felt a great sense of betrayal.”

So both Engagers and Deterers do not want war, but they believe a certain degree of military strength for deterrence is necessary, including the alliance. For instance, Dr. Ki-jung Kim pointed out that while the previous conservative government spent 2.5-2.6 percent of GDP on defense, the progressive government of President Moon Jae-in is spending 2.8-2.9 percent.

Both camps are also in favor of talking with Pyongyang. However, the catch with all of these areas of agreement are questions of degree, duration, and process. For instance, Engagers are more willing to talk to North Korea, and Deterers are more likely to want a bigger military and longer-lasting alliance.

These same caveats apply to the goal of Korean reunification since they have different visions of how to get there. However, both groups generally do think unification is the ultimate objective that supersedes America’s primary goal of denuclearization. Also, while Engagers and Deterers agree in theory it would be nice if Pyongyang denuclearized, they largely doubt it is possible and appear more likely than American policymakers to put up with the continued existence of North Korean nuclear weapons. Dr. Min Gyo Koo summarized these views by saying: “We will do whatever it takes, even a nuclear North Korea, if it helps to have a unified Korea. But, unification is not a top priority for the U.S.—denuclearization is their top priority.”

Finally, they both also believe no matter who is in power in Seoul, South Korea’s actions are constrained by Washington. That means—for better or worse—neither an Engager or Deterer-based policy can get very far if America isn’t on board. As Ms. Jeongmin Kim told TNI, “If American-North Korea relations are not solved, South Korea can’t really do anything other than focus on its own domestic politics. And if you look at the Hanoi summit, we can clearly see Donald Trump and his aides, including John Bolton, didn’t really understand what North Korea actually wants. I’m not saying that we should give North Korea everything it wants. We have to clearly know what the North Korean leaders’ interests are.”

If Washington doesn’t understand Pyongyang, then U.S.-North Korean relations will be stuck, and that will impact both Engagers and Deterers in Seoul.

Where Engagers and Deterers Disagree

There is more overlap between both South Korean camps than is perhaps realized by commentators in the United States. But, their policy differences are real and with many points of sharp contention.

Obviously, the most pressing issue is whether to emphasize diplomacy or deterrence when dealing with North Korea. For Engagers, military power is a means to peacekeeping in the here and now. Deterrence is necessary, but it is a stepping stone to peacemaking and peacebuilding, and therefore will one day no longer be necessary to deal with Pyongyang. For instance, Dr. Chung-in Moon reflected that “Peacebuilding has a Kantian connotation—a capitalist peace, a democratic peace, and a community with a pacific federation. Therefore if we have economic integration with North Korea and some sort of security arrangement, then we might be able to remove the structural causes of conflict on the Korean peninsula. If North and South Korea pursue some sort of unification, then we don’t have any reason to fight each other.”

For Deterers, military strength is not a negotiable stepping stone but rather a means to prevent North Korea from ruling a unified Korea. Dr. Sung-han Kim explained that South Korea has already tried many measures, but it is North Korea that refuses to hold up its end of any deal. “This is not about tension-reduction; this is about how to avoid accommodating nuclear North Korea and how nuclear North Korea will impact the international non-proliferation regime. It is about whether South Korea, Japan, and Taiwan will remain very docile members of the international community or whether they will be pursuing their own nuclear alternatives, how China would respond to that.”

Related to this dispute about the purpose of military strength is the question of how much North Korea can ever be trusted. Since Engagers see Pyongyang’s action as defensive, they think North Korea can be won over but that this requires a lot of trust-building. However, Deterers believe it is best to interact from a position of strength because they see Pyongyang’s actions as offensive and duplicitous.

For example, Dr. Sung-han Kim told TNI his views of the inter-Korean 2018 tension-reduction accord that reduced both side’s military presence on the border. “We agreed to impose a so-called no-fly zone for forty kilometers north and south across the DMZ, and we established a hotline between our two presidents. But I think a no-fly zone is really a bad agreement because forty kilometers is actually the area where South Korean drones and reconnaissance flights can see the movements of North Korean forces along the northern part of the DMZ. You see, we have a division of labor between South Korea and the United States. Within forty kilometers, South Korea is doing most of the reconnaissance, and outside of the forty kilometers, U.S. forces fly higher and farther. The catch is that within forty kilometers within the DMZ, North Korea has no air capability for reconnaissance, so we gave up one of our own capabilities unilaterally.”

Concerns about Pyongyang’s intentions were echoed by Dr. Min Gyo Koo as well, who accused President Moon Jae-in’s administration of trusting North Korea over America. “They are more extreme than average Koreans who prefer unification. They believe that unless we are unified, we cannot get away from the old and wicked problems we have received from our fathers’ generation during Japanese colonization and the Korean War. So, for them, working with North Korea makes more sense than working with the U.S. because the U.S. cannot accept a nuclear North Korea, and denuclearization is unthinkable for North Korea. So, if possible, the U.S. sits on the sidelines, and then we can handle North Korea since we are willing to allow them to keep their nuclear weapons.”

In fact, Dr. Min Gyo Koo went further, arguing that many current South Korean policymakers in the Moon administration were “pro-North or North Korean sympathizers.” He asserted that their world view was too trusting and too warped by unification at any cost. “Their nightmare scenario is that the U.S. launches a preemptive strike against North Korea since they are our brothers. They don’t like the United States. They don’t trust the U.S., because the U.S. is one of the ‘Western imperialists.’ They don’t trust the ‘Japanese imperialists’ either. That’s what Kim Il-Sung said and what juche ideology is about. Forget about class conflict; North Koreans do not care about class conflict. They are not Marxists. They are Leninists. And for them, the fundamental problem that we have is caused not by the bourgeoisie or capitalists but by imperialists. But you cannot antagonize the U.S. at the moment. The current administration doesn’t like it, you don’t like American imperialists, but if you antagonize the American imperialists, what will they do? They will go bomb North Korea. Sure, you don’t like war, because South Korea will be affected. But, for these pro-North Koreans and North Korean sympathizers, bombing North Korea is not acceptable—it is worse than our South Korea being bombed by the U.S. or North Koreans. So, for me, some of these factions are hardcore elements within the Moon Jae-in government, calculate that ‘we better not antagonize the U.S., we just pretend, we just cooperate with the U.S. But criticizing Japan? Easy target.’”

The Engagers, of course, would strongly dispute being called sympathizers who dislike America. They instead would hold that tough-minded approaches lack nuance and are counterproductive. As Dr. Youngjun Kim argued to TNI, “If somebody complains about the denuclearization process talks, he or she doesn’t have any alternative option or policy. Just sanctions. In all of human history, sanctions never collapsed any country.” Instead, he recommends finding a time and set of political circumstances that work for everyone in order to get a deal. That also means Pyongyang needs to understand how certain political events or domestic distractions harm Washington’s ability to make a deal as well. “We need to find a good wedding date,” he said.

Engagers also think Deterers fail to give credit to the idea that North Korea is also figuring things out. “I think that North Korea is learning the reality that we are maintaining the alliance with the United States. It is a matter of our sovereignty; it is a matter of our decisions.” Dr. Ki-jung Kim explained. “Maybe North Korea expected too much from South Korea. But we have been adjusting to the reality of the international environment, especially the role of the United States vis-à-vis North Korea. I think the Moon Jae-in government is still having some kind of hope that we are going to make and operate with a virtuous trilateral triangle, not a vicious triangle between all three countries.” He also expressed exasperation that some Deterers automatically discarded the idea of progress. “Conservative governments have no intention to improve inter-Korean relations because they are so preoccupied with a sense of hatred and confrontation. There is no intention of dialogue, no intention of communication.”