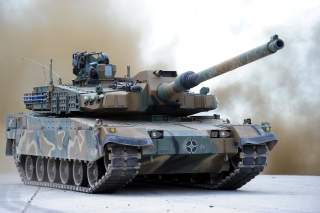 Mutual-defense talks between the United States and South Korea abruptly broke down on Nov. 19, 2019 when the administration of U.S. President Donald Trump demanded that the government in Seoul increase, from $1 billion to $5 billion annually, what it pays to support the roughly 29,000 U.S. troops in the country.

The diplomatic row follows several years of increasing tensions between Trump and the South Koreans as Trump repeatedly has tried to secure a deal with North Korea whereby the North would give up its growing nuclear arsenal.

In a concession to North Korea, Trump ordered U.S. forces in South Korea to suspend major training exercises with their South Korean counterparts. With the six-decade U.S.-South Korean alliance seemingly on the verge of collapse, it’s worth asking just how much South Korea, the world’s 12th-largest economy, needs U.S. troops.

The answer, in short, is that American forces still are vital to South Korea’s defense and, by extension, to deterring North Korean aggression. At the end of the Korean War in 1953, the United States and South Korea signed a mutual-defense pact that remains in effect.

The South Korea armed forces are some of the biggest and best-equipped in the world with 600,000 active troops and three million reservists. The South Korean army operates 2,500 modern tanks and thousands of fighting vehicles and artillery pieces. The air force possesses hundreds of cutting-edge F-15, F-16 and F-35 fighters. The navy has more than 100 large vessels including guided-missile destroyers and assault ships.

American forces, including one infantry division with a few hundred armored vehicles plus four fighter squadrons together operating around 60 F-16s and 20 A-10 attack planes, represent a tiny percentage of South Korea’s defenders.

But the Americans permanently in South Korea are just the tip of the proverbial spear. In the event of war, the United States could shift potentially hundreds of thousands of additional troops plus hundreds of warplanes to the Korean theater. It’s those reinforcements that truly could make the difference in South Korea’s defense.

Military journalist Kyle Mizokami in 2013 tested that proposition. Playing the realistic tabletop war game Next War: Korea, Mizokami discovered that North Korea’s million-person army with its thousands of old tanks and warplanes could simply overwhelm the better-equipped U.S. and South Korean troops along the Demilitarized Zone. After just a few days of fighting, North Korea could capture Seoul and take hostage its 10 million residents.

“Does South Korea have a chance?” Mizokami asked as his simulation escalated. “Not without significant air and ground reinforcements, no. Fortunately, from this point on allied airpower will grow in strength, and South Korean reserve army units will become available.” With North Korean troops rolling toward Seoul, Mizokami expected the U.S. Army’s 82nd Airborne Division plus a brigade of light armor to arrive soon and potentially begin to turn the tide.

Trump appears to recognize the importance of U.S. troops to South Korea’s war plans -- and is using it as leverage to squeeze more money from Seoul.

“This year, South Korea agreed to pay about $890 million toward the cost of stationing U.S. troops in the country, a little more than 40 percent of the day-to-day expenses,” The Washington Post reported. “It also provides land for bases rent-free, paid more than 90 percent of the $10.7 billion cost of moving the main U.S. base out of Seoul, and buys significant amounts of U.S. military equipment.”

“But Trump insists that South Korea, as a ‘very wealthy nation,’ needs to pay more. His demand for up to $5 billion would imply South Korea was effectively not only being asked to cover local costs but also the entire wage bill for the U.S. troops.”

Trump’s demand could encourage South Korea to boost its defense spending. Last week, a group of 47 left-leaning South Korean lawmakers issued a statement condemning the Trump administration’s approach to the negotiations and arguing that Seoul needed to become self-reliant for its national defense,” The Washington Post reported. “Conservative lawmakers have also expressed concerns.”

But it’s unclear whether the world’s 12th-largest economy can afford to replace forces contributed by the world’s number-one economy. Trump’s demand for a few billion dollars could achieve what decades of military posturing by North Korea have failed to do: deeply undermine South Korea’s defenses.