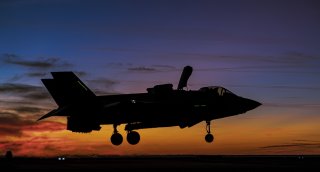 Work on South Korea’s first true aircraft carrier is going full steam ahead, Jane’s, a defense industry website reported. The carrier program, known as the LPX-II, would take approximately 10 years from the beginning of the design phase to until completion, which means that a commissioning date could come in 2030 or 2031.

The LPX-II program was originally envisioned as a newer, more capable amphibious assault platform. In that configuration, the LPX-II would have come with a well deck, capable of launching the Republic of Korea Marines and Navy personnel into the sea and onto the shore. But, thanks in part to the more assertive postures of both South Korea’s regional adversaries China and North Korea, Seoul decided to opt for a dedicated aircraft carrier platform.

Once completed, the LPX-II is expected to have a displacement in the 30,000–35,000-ton range. For comparison, the United States Navy’s USS Nimitz, a nuclear-powered aircraft carrier, has a 100,000+ ton displacement, easily dwarfing the LPX-II.

Designing the LPX-II platform from the ground up as a dedicated aircraft carrier offers some advantages over an amphibious assault ship. One of the biggest advantages—the F-35B.

In addition to the F-35A conventional take off stealth fighter, South Korea is slated to receive 20 F-35Bs — easily the most advanced carrier-capable stealth aircraft currently in existence. Though Seoul does have an indigenous stealth fighter program, it is unsure, and indeed unlikely that the result of that program will be carrier-capable.

From Seoul to Tokyo

The class is hobbled, however, due to its sub-30,000-ton displacement, and by a constitutionally-enshrined ban on aircraft carriers, leaving the Japanese Self-Defense Forces somewhat limited in their naval air capabilities. But thanks to Japanese Cabinet approval, the class was allowed to carry out modifications for supporting the F-35B operations and dubbed multi-purpose operation destroyers.

Though certainly motivated by rising regional tensions, Seoul’s move to acquire a purpose-built (albeit small) aircraft carrier could also be interpreted as a status purchase. Aside from China’s new but essentially Soviet aircraft carriers, no other Asian nation currently fields a dedicated aircraft carrier.