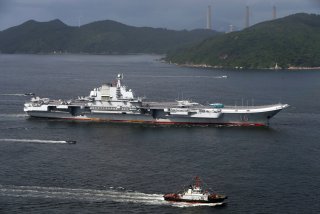 Here's What You Need To Remember: China definitely still has a long way to go. Two aircraft carriers that are based on 1980s technology are in no way close to as capable as modern nuclear-powered carriers. Still, China has progressed in leaps and bounds.

Caleb Larson is a Defense Writer with The National Interest. He holds a Master of Public Policy and covers U.S. and Russian security, European defense issues, and German politics and culture. This article appeared earlier this year.