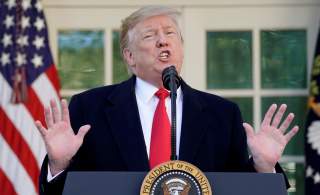 1. With Donald Trump and Kim Jong-un meeting for a second summit at the end of February what do you feel will be the end result?

I think the end result of a second Trump-Kim Summit will be additional statements about the two countries making progress on the issue of denuclearization, for one, which would overall be positive. I think there will be some effort to more clearly define denuclearization, at least on the U.S. side, and that we could see more U.S. POW and KIA Korean War remains returned to the United States.  I worry that North Korea will use this summit as another opportunity to further its long-stated goal of dissolving the United Nations Command (UNC) on the Korean Peninsula.

2. Will both sides find a mutually acceptable framework that allows for the denuclearization of North Korea?

There was a lot of discussion after the Singapore Summit about what denuclearization even meant. So I think it will be very difficult to have a ‘meeting of the minds’ regarding denuclearization of North Korea, but based on press releases and media reports, it certainly sounds like the U.S. has been working hard on this in numerous working-level meetings.

3. Is a peace declaration that finally ends the Korean War possible?

I think a peace declaration is perhaps the most important issue on the table right now because of the implications on the ROK-U.S. Alliance, the UNC, and the Korean people. The definition of peace itself is also problematic. It is worth asking what kind of peace we are talking about. To Kim Jong-un, peace may mean the removal of U.S. troops, the dissolution of the UNC, and a unified Korea under his leadership. Yet, we know that the ROK and U.S. are both stating they want a lasting peace on the peninsula. Human rights must absolutely be a consideration in this process too.

4. Will Washington offer some sort of “corresponding measures”?

Special Representative for North Korea Stephen Biegun gave a speech at Stanford University that was very informative and comprehensive. In it, he mentioned that he planned to discuss Kim Jong-un’s expectations for U.S. “corresponding measures” at his next counterpart meeting. Therefore, I think it is likely that we will see the U.S. offer some kind of action that may be characterized as a corresponding measure.

5. Or, is this summit the beginning of the end of what is only a short-term détente, with a time of tension soon to follow?

The U.S. has said its strategy is to continue putting pressure on the regime but also engage it, so I think there will be a lot more work done to try to come to an understanding and also implement the Singapore Declaration. Further, there is a lot happening between North and South Korea right now that have bearing on U.S. and North Korea relations, i.e. Seoul and Pyongyang’s “Comprehensive Military Agreement.”

Amanda Mortwedt Oh is a Human Rights Attorney with the Committee for Human Rights in North Korea (HRNK). She currently works in Seoul, South Korea. You can follow her on Twitter at @MortwedtOh.​