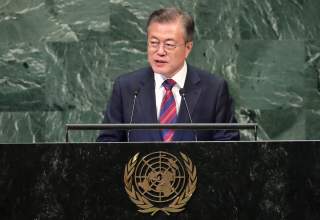 Can we finally take up Occam's Razor to puncture the propaganda of Donald Trump the Great Negotiator? It's clear by now that his bluster-and-buckle negotiating “strategy” failed at Singapore, just as it failed against Nancy Pelosi, Putin, and South Korea's cost-sharing negotiators. The Singapore statement was so vague that it hardly qualifies as an agreement at all.

We now see why Pyongyang prefers such vague and open-ended terms, and why it prefers to negotiate them with Trump personally. Trump made no real gains on disarming North Korean leader Kim Jong-un, on curbing his global weapons of mass destruction proliferation threat or slowing his race toward nuclear hegemony over a weak and naive government in Seoul.

In exchange, Trump—apparently unilaterally and on impulse—suspended the military exercises necessary to maintain the credibility of conventional deterrence. Trump deferred the enforcement of sanctions that have a half-life of a year, and normalized a fratricidal, sybaritic despot credibly accused of crimes against humanity on a massive scale. Furthermore, Trump forfeited the economic, military, and moral leverage he needed to have even a slight chance of securing our core national security interests in any negotiation.

Trump’s personal micro-mismanagement of North Korea policy means the next president will inherit a far more dangerous situation with far fewer options. May God help us all.

Joshua Stanton is a U.S. attorney who runs the blog One Free Korea.