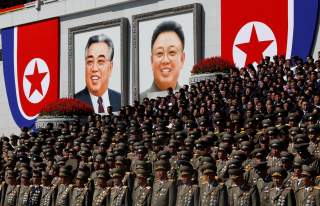 Many pundits hope that U.S. and North Korean top leaders at their second summit will agree on the roadmap for complete denuclearization on the Korean Peninsula. However, it seems that those two leaders are more interested in trading the dismantlement of North Korea’s ICBMs for the easing of sanctions on North Korea. President Donald Trump, in particular, appears desperate to show a diplomatic success (even if it is not a real one) that would redeem his domestic political setback related to Russia and the shutdown of the federal government.

If such a “small deal” (trading ICBMs for the easing of sanctions) happens at the next summit, the easing of economic sanctions is likely to be made in the inter-Korean front in which the suspension of Gaesung Industrial Park and Gumkang Mountain tourism will be lifted. In addition, North Korea and China will be demanding four-party peace talks with the U.S. and South Korea to discuss how to make a peace treaty with the rationale that the end of the Korean War will motivate North Korea to give up its nuclear weapons. If the U.S. agrees, they will be demanding the peace declaration (or declaration of the end of war) before moving to the peace treaty with a view to virtually nullifying the current armistice agreement of the Korean War. If Presidents Trump and Moon agree to sign on it, they will open the Pandora’s Box.

The status of the USFK (U.S. Forces in Korea) will be put on the negotiating table in the name of eliminating military threats to North Korea. North Korea’s commitment to denuclearization has been always “conditional” which means there is a big condition including the elimination of military threats to North Korea. If we begin to focus on those conditions, we are very likely to repeat our past mistakes. The U.S. should thus make North Korea declare its nukes honestly with its corresponding measures such as the exchange of liaison office in DC and Pyongyang and others.