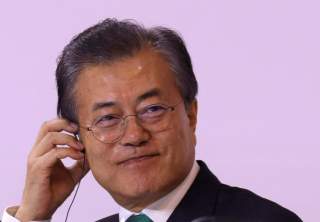 To have Donald Trump in the White House and Moon Jae-in in Seoul’s Blue House has been a blessing for both Koreas. South Korea’s dovish presidents Kim Dae Jung (1998–2003) and Roh Moo-Hyun (2003–08) did not see eye to eye with George W. Bush (2001–09). When Barack Obama held power in the United States (2010–17), the presidents in Seoul no longer tried for peace with Pyongyang, whose new leader Kim Jong-un accelerated the country’s nuclear weapons program. This produced a dangerous crisis in Trump’s first year as president.

Moon assumed the South Korean presidency in May 2017. He is the architect behind the current détente with North Korea. Trump, we now know, was serious when he said during his presidential campaign that he would talk to Kim. At a time when everyone in Washington expected a long nuclear crisis, Trump grasped the opportunity for rapprochement once Kim, after the annus horribilis 2017, halted his testing and responded to Moon’s overtures.

In just a few months, the outcast Kim was transformed. He became a partner for Moon, a deferent son of Xi Jinping, and a buddy to Trump. Kim has not, of course, dismantled his nuclear weapons. Nor will he do so. Besides the artillery north of the DMZ, nuclear weapons are his main capital. Yet we are unlikely to see another crisis.

Kim may agree to non-proliferation and a moratorium on testing. He might also accept opening up installations to monitoring, but will not give away his source of regime security. Moon and Kim have found each other and are dedicated to denuclearization as a long-term aim. The United Nations sanctions against North Korea will be undermined and eventually abandoned. China will not again bow to pressure to curtail its North Korean trade. South and North Korea will gradually build up their cooperation, demine the DMZ, and let their bombs rest. It is extremely unfortunate that North Korea should have become the world’s ninth nuclear power. Yet so it is and must be—at least for the time being.

What we may fear is a political backlash against President Moon in South Korea. Then we might have the crisis back—with China and America on opposite sides. Let’s set our hopes on the Moon-Kim-Trump triangle!