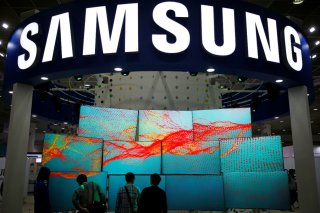 Over the past two years, the world has heard of Samsung’s plans for QD-OLED TVs, from the initial announcement in South Korea to the opening of a facility there. At CES in January, some members of the media were given a preview of the TVs, even though they weren’t officially unveiled as part of Samsung’s keynote. Samsung’s QD Display did win an award at the show, however, and a Sony TV with a Samsung-supplied QD-OLED panel was unveiled at CES.

Now, Samsung has announced pricing and pre-sale availability for its 2022 lineup of TVs, including the official announcement of the first QD-OLED TV.

It’s called the Samsung OLED (S95B), and it is being marketed not as Samsung’s flagship, but rather as part of what Samsung calls its effort to provide “even more choices to customize the technology suited to their needs and preferences.”

When it won its 2022 CES Innovation award—which praised its “impeccable visuals, sound, and speed”—the model was called the “Samsung 65 inch QD Display TV.” Notably, the name “QD-OLED” is not even in the consumer-facing branding for the device.

According to Samsung’s website, the fifty-five-inch model is priced at $2,199 and the sixty-five-inch model comes in at $2,999. It is now available for preorder and ships by April 15. Both TVs can also be ordered from Amazon, the Verge reported.

That flagship is, in fact, Samsung’s Neo QLED 8K Series, which features models in sixty-five, seventy-five, and eight-five inch sizes, with the QN800B up for pre-order now and the QN900B on March 21.

Also in the lineup is the QN95B and a new version of The Frame—the art-based TV that launched last year—which features 1,400 pieces of art that can be displayed on the screen. The Frame can be preordered now in the forty-three, fifty, sixty-five, and seventy-five inch screen sizes.

“Samsung aims to inspire people to tailor their tech to complement their passions, preferences, and lifestyle – and today’s viewer is looking for that customized experience more than ever. This year, we are truly redefining the role of the TV in the home with more choices of groundbreaking screen technologies, features, and designs,” James Fishler, Senior Vice President, Home Entertainment Division, Samsung Electronics America, said in the announcement.

“Whether you want your screen to subtly blend into your home décor, or to binge your favorite shows in large-format, stunning 8K, there’s a Samsung screen for you.”