As the Algeria-Morocco Crisis Escalates Algeria Closes Its Airspace 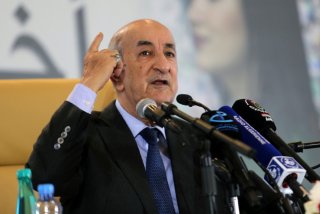 Algeria’s presidency has announced the closure of the country’s airspace to all Moroccan planes, the latest escalation of the ongoing crisis between the two countries over the disputed Western Sahara region.

The move was announced on Wednesday after a meeting of Algeria’s High Security Council, led by the country’s president, Abdelmadjid Tebboune. The statement said that the ban applied to all Moroccan civilian and military aircraft, as well as to aircraft operated in other countries if they were registered in Morocco.

While Morocco did not immediately comment on the air ban, a Moroccan source told Al Jazeera that the ban would be “insignificant” in terms of its consequences to the country’s airline, and would only affect around fifteen flights a week.

Algeria earlier broke off its relations with Morocco on August 24 after accusing it of “hostile actions.” That step, a significant escalation in the war of words between the two countries, came after the Algerian foreign ministry recalled its ambassador to the country in July and hinted at further actions.

The current crisis began after the Moroccan UN ambassador, Omar Hilal, suggested that Algeria’s Kabylie region should secede from the country. These remarks, posed at a meeting of the Non-Aligned Movement, were seen as a reaction to Algerian demands for self-determination in Western Sahara, the large former Spanish colony that Morocco mostly took over after Spain’s 1975 withdrawal, to the objection of the area’s native Sahrawi people.

Kabylie is a majority-Berber area in northern Algeria that has long had a contentious relationship with the central government. Some Berber groups in the region have pushed for self-determination or independence, and Algeria has long accused Morocco of funding and arming these groups.

Following a sixteen-year civil war, Morocco ceded roughly one-fifth of the country to the Polisario Front, a Sahrawi rebel group, but continued to occupy the remaining eighty percent and has integrated it as the country’s “Southern Provinces.” The Polisario Front’s government, the Sahrawi Arab Democratic Republic, has pushed for Morocco to be removed from the remaining territories, and Algeria has historically supported this goal.

Algiers had also expressed anger over Morocco’s normalization of relations with Israel as part of the Abraham Accords in 2020. In exchange for the normalization, President Donald Trump committed the United States to recognition of Morocco’s sovereignty over Western Sahara—a stance that President Joe Biden has tacitly continued.