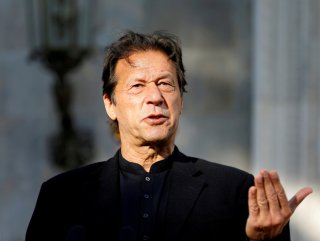 Shahbaz Gill, a close aide to former Pakistani prime minister Imran Khan, was charged with sedition on Tuesday over claims that he tried to incite a mutiny within the military, according to Pakistan’s Interior Ministry.

The charges were brought against Gill after he claimed during a televised interview on ARY News that the lower ranks of the military had clashed with the officers over Pakistan’s political crisis earlier in the year, during which Khan had been dismissed from office after he unsuccessfully attempted to dissolve parliament. The military ultimately remained on the sidelines during the crisis, but its failure to assist Khan has been interpreted by some as a sign of a falling-out between the prime minister and his generals. Pakistan’s military has played a central role in the country’s politics since independence and has periodically launched military coups against civilian governments perceived as unfriendly, most recently in 1999.

Although Khan’s relationship with the military was largely cordial while in office, the former prime minister strongly condemned it after his ouster, claiming that it had worked with parliament to remove him from power at the request of the United States. U.S. officials and Pakistani military representatives have both denied plotting to overthrow Khan.

Interior Minister Rana Sanaullah, a member of the ruling Pakistan Muslim League-Nawaz (PML-N), said that Gill’s comments maligned the military and attempted to create tension within its ranks, leading to the sedition charges. “It was a planned move to malign our institutions,” the interior minister told reporters in Islamabad, Pakistan’s capital. “We’ve set up a special team to probe it.”

Although the ARY television station has long been viewed as a pro-Khan outlet, its owner, Salman Iqbal, quickly issued a statement that Gill’s words had been his personal opinion rather than the view of the network. However, Iqbal, ARY vice president Ammad Yousaf, and three other members of the network’s staff were arrested for “abetting mutiny,” according to AFP. At roughly the same time, Pakistan’s national media regulatory agency claimed that the network had broadcasted “false, hateful, and seditious” content and ordered it to cease broadcasting immediately.

Khan immediately condemned the arrests on Twitter, describing the charges against Gill as false and brought forward in bad faith.

“This is an abduction, not an arrest,” the prime minister wrote. “Can such shameful acts take place in any democracy? Political workers [are] treated as enemies. And all to make us accept a foreign-backed government of crooks.”

In a video statement broadcasted by several Pakistani TV channels, the former prime minister also called on the government to try Gill, arguing that “if he has done something wrong … charge him, and give him a chance to defend himself in a court.”