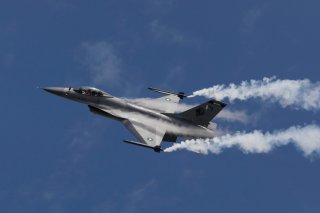 On Thursday, representatives of the Pakistan Armed Forces dismissed former Prime Minister Imran Khan’s accusations that the United States had planned his fall from office—a sharp and public rebuke of the deposed Pakistani leader and a sign of the growing tensions between Khan and the Pakistani military prior to his removal.

Prior to the no-confidence vote removing him from office on Sunday, Khan had alleged that Washington intended to overthrow him because of his close ties with Russia and China and his refusal to participate in the international sanctions regime against Moscow. Khan met Russian leader Vladimir Putin in the Kremlin on February 24, the day that Russia launched its “special military operation” in neighboring Ukraine.

In the days leading up to his dismissal, Khan had used the alleged presence of an international conspiracy to justify an attempt to dissolve Pakistan’s parliament before it could hold the vote against him. The dissolution set off a brief constitutional crisis, which was resolved after Pakistan’s Supreme Court ruled that Khan’s action had been illegal. After the parliament was restored, it quickly voted to dismiss Khan and replace him with opposition leader Shehbaz Sharif, now the country’s acting prime minister.

Khan had also claimed before his ouster that the National Security Committee, an organization of Pakistani military and civilian leaders, had known about and participated in the conspiracy. However, Maj. Gen. Babar Iftikhar, a spokesman for the armed forces, denied that the military had taken a position on the no-confidence vote and expressed skepticism about the existence of a conspiracy to oust Khan.

Khan’s theory of a U.S.-led conspiracy revolved around a diplomatic cable sent from Asad Majeed Khan, the Pakistani ambassador to the United States, to the Khan government in Islamabad on March 7. While the contents of the cable have not been made public, it was seen by both Khan and Pakistani military leaders, and Khan later argued that the message indicated that the United States intended to overthrow him.

However, while Iftikhar acknowledged that the message indicated American interference in Pakistan’s internal affairs, he denied that its contents amounted to a conspiracy.

“You can see clearly whether there’s any word of conspiracy in that statement,” the spokesman said, referring to the March 7 memo. “I don’t think so. However, it is clearly written in the statement that the language used [by the U.S. official] is akin to interference.”

Opposition parties have denied the existence of a U.S.-led conspiracy. Instead, they have attributed Khan’s fall to Pakistan’s deteriorating economic conditions, including persistent double-digit inflation, and his bellicose foreign policy, which led to a brief military conflict with neighboring India in 2019.