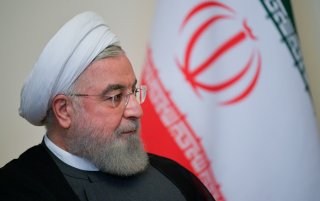 Street protests have taken place across Iran for more than a week, as residents protest the Iranian government’s response to the drought and its restrictions on political freedoms.

Videos posted on Iranian social media throughout the week have depicted protests, including the chanting of anti-regime slogans in Tehran. Iranian police units have since been stationed at important points throughout the city, notably in Tehran’s Azadi Square, where armored vehicles have been deployed.

So far, two protestors have been killed in the violence. Official news outlets have blamed conflicts among armed rioters for their deaths. Meanwhile, the protestors have claimed that security forces were responsible. Iran’s official Fars news agency also reported that at least one policeman was killed in the port city of Bandar Mahshahr.

Iran’s southwestern Khuzestan province has been worst affected by the ongoing drought in Iran. While the province is home to some of Iran’s most productive oil fields, it has also been hardest hit by the drought, resulting in the most severe water shortage in Iran in roughly half a century. The state-run Iranian Students News Agency reported that Qassem Soleimani Dashtaki, governor of Khuzestan, committed to addressing Iran’s water supply problem within the year, but so far, no solution has been forthcoming.

The water shortage has come hand-in-hand with an electricity shortage, and rolling blackouts have affected Iranian households and businesses for several months. Iran’s electricity problems can largely be attributed to the effect of U.S. sanctions, which crippled Iran’s electricity grid and made outside investment to modernize it nearly impossible.

In addition to the drought, unemployment remains high, and food prices have reportedly increased by 70 percent during 2020 and 2021.

Ethnic tensions have also fueled unrest in Khuzestan; roughly one-third of the province’s population consists of Arabs, a small minority within Iran overall, who have long complained of discrimination in Iranian society.

Iran is no stranger to protests. In December 2017, protests against the economic policies of the administration of President Hassan Rouhani morphed into protests targeting the regime itself, with protestors chanting “Death to the dictator” in reference to Khamenei.

More recently, hundreds of Iranians were killed in 2019 protests, which were started to oppose fuel price increases and quickly expanded into widespread protests against the Islamic Republic.