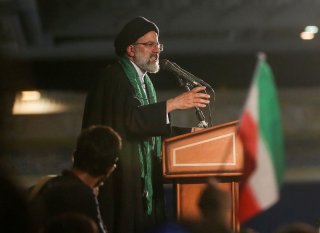 The negotiations to return Iran to compliance with the Joint Comprehensive Plan of Action (JCPOA), the 2015 nuclear agreement signed between Iran and the “P5+1” nations (the United States, United Kingdom, France, Germany, Russia, and China), will resume on Monday, December 27 in Vienna, Austria.

The negotiations that are set to take place on Monday will mark the eighth round of talks in re-introducing Iran into the agreement. Previous rounds of negotiations have been largely unsuccessful, as Iran has demanded that all post–2018 sanctions be lifted as a precursor to returning to the deal —a demand that the administration of President Joe Biden has steadily refused to comply with, citing sanctions imposed because of Iran’s ballistic missile program and regional foreign policy. Faced with the prospect of failing to reach an agreement, Biden administration officials have indicated that other options besides diplomacy exist to constrain Tehran’s nuclear program, although they stressed that such options would only be used as a last resort.

However, some gains were reported in the seventh round, according to Russian ambassador Mikhail Ulyanov, who said that they “prepared [a] sound basis for more intensive negotiations” in the weeks ahead.

However, contentions between Iran and the United States remain—particularly as Iran has requested a guarantee that the United States will not renege on any new agreement, which it is likely to do if Biden loses the White House in 2024. (Republicans on Capitol Hill, who strongly opposed the 2015 JCPOA, have indicated that they oppose the current negotiations as well.)

Negotiations between the P5+1 and Iran opened in November for the first time in five months after outgoing Iranian president Hassan Rouhani broke them off in June in order to allow his successor, Ebrahim Raisi, to take over their management. Although Raisi is regarded as a conservative “hardliner” within Iran, he indicated early on that he was interested in negotiating with the P5+1 and the United States in order to remove sanctions on Iran.

One of the key topics for discussion on Monday will be discussing how the United States can productively return to the negotiations, according to the European Union’s External Action Service.