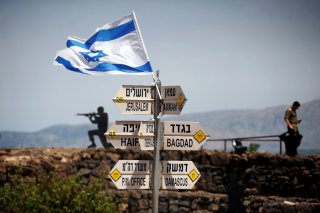 Israeli Prime Minister Naftali Bennett announced that the country intended to double the number of Israelis within the Golan Heights—a territory that Israel officially annexed in 1981, but which most nations continue to regard as an occupied area of Syria.

In his remarks, the Israeli leader indicated that the decision had been prompted by former President Donald Trump’s recognition of Israeli sovereignty over the Golan area in 2019. The Biden administration has not officially rescinded that recognition, although it has declined to expressly confirm it. Earlier in the year, Secretary of State Antony Blinken acknowledged that the area “remains of real importance to Israel’s security” and suggested the Biden administration would not pressure Israel over its status.

This appears to have been regarded as a victory by the Bennett administration, which indicated its plans to expand the Golan settlements on Christmas Day.

“After long and static years in terms of the scope of settlement, our goal today is to double settlement in the Golan Heights,” Bennett said. The prime minister suggested that Israeli sovereignty over the Golan Heights had been regarded as more acceptable due to the chaos in Syria, where President Bashar al-Assad has been widely accused of war crimes in his decade-long struggle to remain in power.

Bennett also argued that the Golan Heights had been thoroughly integrated into metropolitan Israel. Around 25,000 Israelis currently live there, alongside a similar number of ethnic Druze residents, who remained in the territory after Israel captured it. The Druze that live in the area are regarded as legal permanent residents of Israel and have been offered Israeli citizenship, although most have not accepted it.

Israel initially captured the Golan Heights, which overlook much of northern Israel and had been used as a staging ground for Syrian troops and artillery, during the June 1967 Six-Day War. The occupation was initially regarded as temporary, and the Israeli Knesset quickly voted to return the territory to Syria in exchange for a negotiated peace settlement. However, in September 1967, the Syrian government signed the “Khartoum Resolution,” indicating that it would not negotiate with Israel under any circumstances.

Israel unilaterally annexed the territory in 1981, although no country recognized the annexation before or after the Trump administration’s decision in 2019.

The former president’s decision to extend recognition of the Golan was controversial around the world. At the time, leaders in the United Kingdom argued that the international community “should never recognize the annexation of territory by force,” despite Britain’s broader alliance with Israel.