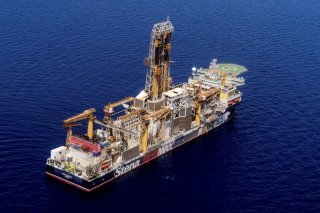 The Lebanese government announced on Tuesday that it had reached a “historic” deal with Israel to resolve the two countries’ maritime border dispute—a dispute made newly relevant after the discovery of natural gas reserves in the eastern Mediterranean.

Elias Bou Saab, the deputy speaker of Lebanon’s parliament, indicated that the agreement had been reached after months of negotiations with Israeli officials. As Lebanon does not recognize Israel, the United States oversaw the talks.

"Lebanon has obtained its full rights, and all of its remarks have been taken into account," Bou Saab said, indicating that he had submitted the agreement's final draft to Lebanese president Michel Aoun for formal approval. Although Aoun had expressed reservations about a deal in the past, his office called for “[the announcement of] the agreement on the demarcation … as soon as possible.” The Lebanese presidency’s statement emphasized that the border resolution did not imply recognition of, or any partnership with, the Jewish state.

Israeli national security adviser and lead negotiator Eyal Hulata also announced the finalization of the agreement on Tuesday, claiming in a statement that “all our demands were met” and “the changes that we asked for were corrected.”

“We protected Israel’s security interest and are on our way to an historic agreement,” Hulata’s statement read.

Israeli prime minister Yair Lapid indicated his approval of the deal, characterizing the agreement as a “historic achievement that will strengthen Israel’s security.” President Joe Biden also praised the agreement, describing it as a “historic breakthrough” for peace in the Middle East.

The deal has not yet been formally approved by either Lebanon’s parliament or the Israeli Knesset, and it is unclear when it would enter force. Due to the mutual non-recognition between Beirut and Tel Aviv, a formal signing ceremony between the two sides is unlikely.

Although the disputed region of the Mediterranean has not been explored in depth due to political concerns, areas to its south—within undisputed Israeli waters—have been found to contain natural gas, and the Lebanese government has conducted surveys within its undisputed territory as well. In an interview with Qatar’s state-run Al Jazeera media network, Lebanese energy minister Walid Fayyad noted that initial surveys of the field had been “optimistic,” estimating that there were “trillions of cubic feet of gas” beneath the sea that could supply the country with electricity for up to twenty years—a lucrative prospect amid Lebanon’s unprecedented financial crisis, which has consumed the government’s attention and has so far prevented thorough exploration of its Mediterranean gas holdings.

“We look forward to finalizing [the deal] with the success and the opportunity it will open for Lebanon,” Fayyad said.