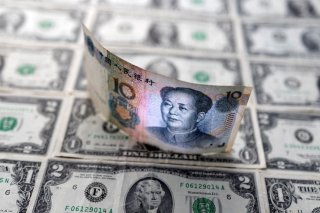 The Israeli Central Bank indicated on Wednesday that it would make significant changes to its foreign reserves, including through the purchase of Chinese yuan and a significant decrease in the amount of U.S. dollars held by the country.

The yuan, or renminbi (RMB), joins the dollar, the British pound, and the euro as one of Israel’s four foreign reserve currencies. Andrew Abir, the central bank’s deputy governor, also indicated that Israel would purchase yen, Canadian dollars, and Australian dollars in an attempt to balance its foreign reserve balance and protect against external market shocks.

“We look at the need to earn a return on the reserves that will cover the costs of liability,” Abir said, explaining Israel’s decision to diversify its holdings.

To make way for the new currencies, the central bank indicated that existing stocks of dollars and euros would become a lower total proportion of the country’s reserves. The euro’s share fell from 30 percent to 20 percent, while the dollar, which had previously accounted for two-thirds of Israel’s foreign currency stockpile, fell to only 61 percent. Conversely, Israel committed to purchasing more British pounds, bringing the level up to 5 percent.

The dollar will still remain Israel’s largest foreign reserve currency. In all, Tel Aviv holds roughly $200 billion in foreign reserves, an amount that has grown steadily over time due to growing demand for the New Israeli Shekel, or NIS. In order to prevent the appreciation of the shekel, which would make Israeli exports less competitive, the Israeli government has pursued a policy of selling shekels on the open market, effectively trading currencies with foreign nations and stockpiling foreign reserves for use in international trade. Israel’s reserves now account for roughly one-third of its GDP.

The U.S. dollar, long the standard of world commerce, represents around 60 percent of all countries’ foreign reserves, according to the IMF. The euro now accounts for around 20 percent, while the pound, the Canadian dollar, and the yuan have growing single-digit proportions.

Dollar reserves around the world have fallen considerably in recent years, largely due to the euro’s expansion. The United States’ decision to prohibit transactions with Russia in dollars following its invasion of Ukraine has also led to speculation that other nations in danger of economic conflict with the United States could replace their dollar reserves with other currencies in the future.

The past decade has also seen a steadily increasing global role of the yuan, although its role in global commerce has remained limited. Latin American countries have reportedly purchased roughly $30 billion in yuan assets over the past half-decade, while Saudi Arabia indicated that it might price some of its oil in yuan rather than dollars in the future.