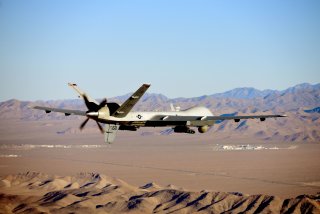 The U.S. military has confirmed that it conducted airstrikes in Deir ez-Zor, Syria, on Tuesday that targeted infrastructure deemed to be used by groups with ties to Iran’s Islamic Revolutionary Guard Corps, the Washington Post reported.

The airstrikes, ordered by President Joe Biden, came a little over a week after several rockets struck near a military base in northeastern Syria that was housing U.S. troops, U.S. Central Command said in a statement. Additionally, multiple drones were repelled in an attack near the At-Tanf base in southern Syria. The attacks did not result in any damage or injuries.

“These precision strikes are intended to defend and protect U.S. forces from attacks like the ones on August 15 against U.S. personnel by Iran-backed groups,” he added.

The president “gave the direction for these strikes pursuant to his Article II authority to protect and defend U.S. personnel by disrupting or deterring attacks by Iran-backed groups,” the statement continued. “The United States does not seek conflict, but will continue to take necessary measures to protect and defend our people.”

Buccino told CNN that the U.S. military targeted a group of bunkers used for ammunition storage and logistics support by Iranian-backed groups in Syria.

He added that “U.S. forces remain in Syria to ensure the enduring defeat of ISIS,” officially known as the Islamic State militant group.

According to Newsweek, the U.S. airstrikes were “strongly condemned” by the Iranian Foreign Ministry spokesperson Naser Kanaani. In a Foreign Ministry statement, Kanaani was said to have “described this new aggression of the American army against the Syrian people as a terrorist act against the popular groups and fighters against the occupation and denied any affiliation of them to the Islamic Republic of Iran.”

“The continued presence of American troops in parts of Syria is against international laws and violates the national sovereignty of this country and is considered an occupation,” the statement continued. “And on this basis, they should leave Syria immediately and stop plundering the country's oil resources and grains.”

CNN reported that in January, the U.S. military engaged in strikes in Syria after indirect fire posed what one official called “an imminent threat” to troops at the Green Village base near the Iraqi border.

The United States currently maintains roughly 900 troops in Syria, mostly split between the At-Tanf base and the country’s eastern oil fields.