Will China Try to Enter Afghanistan Next? 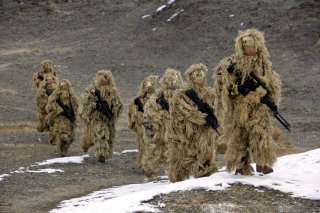 Afghanistan is sometimes described as the “graveyard of empires” for its ability to resist and inflict disproportionate losses on more powerful states. The British Empire lost a four-year conflict there from 1839 to 1842, although it managed to achieve some of its objectives in a second war forty years later. The Soviet Union faced defeat at the hands of U.S.-backed mujahideen rebels during the 1980s, a struggle that ultimately bankrupted Moscow and hastened the demise of the Soviet Union.

Following the events of September 11, 2001, the U.S. invaded Afghanistan and toppled the Taliban government, but quickly became mired in an insurgency of its own. In April, President Joe Biden announced that, because the United States had achieved its 2001 objectives and negotiated a peace deal with the resurgent Taliban, U.S. troops would withdraw from the country. Although the Taliban have brazenly violated the peace deal, the U.S. withdrawal is now almost entirely complete, with only a handful of U.S. personnel remaining in the country.

In an interview with Fox News, scholar Gordon Chang speculated that the next major power to enter Afghanistan could be China, seeking to capitalize on U.S. withdrawal by expanding its political and economic ties there.

“China wants into Afghanistan in a bad way,” Chang said, noting Beijing’s interest in Afghanistan’s untapped mineral wealth and its potential for investment under the Belt and Road Initiative (BRI) scheme. He also observed that China has an interest in denying sanctuary to anti-Chinese Uyghur militants who have found a safe haven in Afghanistan. Afghanistan shares a roughly 50-mile border with Afghanistan along its northeast corridor, bordering China’s controversial Xinjiang Uyghur Autonomous Region.

However, Chang underlined that an expansion into Afghanistan, military or otherwise, would likely come with substantial negative costs for Beijing. Citing China’s ongoing conflict with India, which maintains significant influence in Kabul, Chang underlined that Indian leaders could then target Chinese infrastructure in Afghanistan in any future conflict between the two Asian powers. He suggested that the United States could also impose costs on China using its own connections.

Chang also noted that while China had maintained successful foreign missions in other tumultuous areas, such as Darfur in western Sudan, a mission in Afghanistan would entail a far greater commitment, and China would have great difficulty leaving once committed, as other major powers did.