What Afghanistan Teaches Us about Imperialism 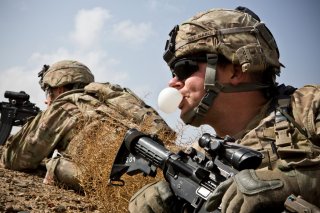 I was only seventeen years old when 9/11 happened. That’s when I decided to study military strategy and foreign policy. Not long afterwards, jihadists attacked the Indian parliament in December 2001. Generations of people grew up in the next twenty years, including yours truly. One thing that remained constant was this raging imperial policing in the background, distant from the lives of most, while disproportionately and severely affecting the lives of those who lost lives and limbs.

The potential withdrawal from Afghanistan on the twentieth anniversary of 9/11, attack on the United States, therefore the world an opportunity to reflect on the changing nature of imperial policing in the region, and why it failed. A scholar must question the terminology of war should consider that there ceased to be a war in Afghanistan around the surge in 2007, which is when everyone understood that maintaining troops in the country was a losing cause. Ever since then it has been what could be truly termed as an imperial law and order policing mission on the frontiers of civilization. This is a frame of reference that is critically important because it helps people to understand what went wrong in Afghanistan and what to avoid in the future.

Wars are the ultimate act of great power. This great-power flex should have a specific end game and a determined war aim. It could be punitive, or total, depending on the threat. Britain, for example, maintained its empire by the threat of short punitive campaigns, a lesson it catastrophically forgot as it grew complacent. Any war drains resources and lives. It should ideally be to defend very narrow national interests or to ensure survival against an expansionist great power, not to spread values in a region where all values are alien. Regions are shaped by their own history. It is best to be vigilant and maintain the balance of power in regions of core interest, such as Western Europe and the Indo-Pacific region, rather than to try and shape semi-feudal societies elsewhere.

Imperialism, on the other hand, for good and for bad, in some particular ways at least, had been historically a socially liberalizing force. The abolition of Sati or widow-burning in India was due to General Sir Charles Napier. The crackdown on thugs and the establishment of science colleges were due to Lords Bentinck, Rippon, Lansdowne, and Elgin. The Indian civil and judicial services, as well as modern higher education in India, were established by these people. The desperate laments of the American generals, from retired Army Gen. David Petraeus to Joint Chiefs of Staff Chairman Mark Milley, to columnists like Max Boot, to countless DoD “analysts” attributed in the Afghanistan Papers was to, likewise, highlight the advances in women’s rights in Afghanistan. It was not, and should not have been, the war aim of the United States. Still, the credit goes to them, for being honest and noting that the United States spent trillions of dollars and lost thousands of lives so that its bureaucrats could pose for photo-ops at the University of Kabul, capitalizing on those rare few pockets where the government writ was barely workable.

So, why did this lumbering imperial endeavor go on for so long, before grinding to a halt and ultimately fail? Here’s one hypothesis: this American imperial project wasn’t for the benefit of average Americans, in a way, classic imperialism would have been. During the British empire, for example, a random Scotsman could go and start a company from Adelaide to Alberta. The American imperial project in Afghanistan was a bunch of NGOs, and contractors in the defense department making money, and average men and women losing lives for nothing. A random bloke from South Carolina wouldn’t have gone to Kandahar, to start a shop, get married and settle down for the next century at least . . . thereby making the project doomed from the start. There is no dedicated civil service and the higher-education system currently in the United States that is comparable to what the utterly disciplined Victorian public schooling produced during the height of the British empire, which drove proud generations of Britains to ensure that the empire remained a martial but overall liberalizing force, to have the requisite brains trust under the purest form of meritocracy, something, incidentally, that China is doing now promoting its Belt-and-Road project and debt-trap diplomacy. There are hundreds of thousands of Chinese civilians working from Central Asia to Africa, starting businesses, and managing constructions, although they have not gone taken the exact same path as imperial Britain—at least not yet.

An empire needs two things, material prosperity, and ideological zeal. The average American lacked both in the last twenty years. In reality, this imperial project in Afghanistan and the greater Middle East will be studied as a case study of the largest failed global redistribution project worth trillions of dollars, money that could have been used for so many other things. The same amount of money spent on Pushto translators, road projects, and salaries of a bunch of gender activists lecturing on human rights, could have been spent on fortifying America’s southern border, fixing the opioid crisis, and boosting a counter to the Belt and Road Initiative that China is using, providing jobs for millions of Americans helping in infrastructure and banking projects across the globe. The Chinese economy, after all, is subservient to state power and state aims, and the Chinese gains are somehow redistributed to the Chinese people. The American system wasn’t. It benefitted those specialized groups of people who are in the NGO business, or who were tied to the gravy train of the defense departments. Nothing for the state, or for the people.

In a way, a few Republicans perhaps saved the United States from a longer quagmire. Britain managed to transform the parliamentary system and rule of law in India because there was already a refined Mughal/Maratha/Sikh/Nawabi state structure in place. Easy to build up and improve on that. Britain failed in Afghanistan because there weren't any state structures. Despite Max Boot’s ridiculous history lesson about the world crying out for “enlightened Englishmen in jodhpurs and pith helmets,” the British were wise enough to know that it’s impossible to change a country that won’t change on its own. Under those circumstances, the prudent realist way is to cut losses and understand which regions of the world are worth the investment. The British strategy in Afghanistan after 1842 was punitive deterrence, supporting local warlords in the establishment of a brutal order, and long-range punitive campaigns when that fails, which is not dissimilar to what a classical counter-insurgency should be, something which many military commanders have forgotten.

The world is starting to realize that China is much better at producing a whole class of technocrats than the United States. This is the logical aim of a hyper-selective education system that has embraced a ruthless form of meritocracy not because it is fair or benevolent, but because it is required to build a cadre for the coming imperialism. This was not initially considered by the United States. Thus, some element of republicanism is theoretically at odds with imperial instincts and hegemony, a contrast America solved momentarily with the elimination of the military draft and establishing specialized all-volunteer armed forces, but which is increasingly an unworkable social contract. Nowhere was it more visible than in Afghanistan.