The Trick to Exiting Afghanistan 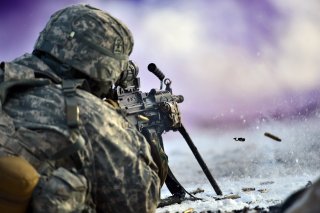 In Afghanistan, the Biden administration is risking its first foreign policy miscue. Indeed, given the odds against success, it is hard to understand why the Biden team is pushing so hard at this time. The Trump administration promised to have all U.S. troops out of the country by May 1, and most Americans would welcome the end of U.S. combat involvement in the country’s “longest war.” But May 1 was always an arbitrary date, with no regional political, military, or strategic significance.

The proposal from the Biden State Department—a revised draft Peace Agreement and a strongly-worded letter from Secretary of State Antony Blinken to Afghanistan’s President Ashraf Ghani—makes too many heroic assumptions. First, three principal outside countries the United States wants to reach out to. These countries consist of Iran, Russia, and China (in addition to Pakistan, India, and Turkey). They all have their own interests in Afghanistan (Iran most of all), and none has any incentive to help the United States solve any problems, whether in Afghanistan, in the region, or in U.S. domestic politics.

Most difficult in terms of getting cooperation, any constructive U.S.-Iranian interaction on Afghanistan is virtually inconceivable, given that the Biden administration is effectively following the “maximum pressure” campaign orchestrated by former Secretary of State Mike Pompeo. As currently presented, President Joe Biden’s Iran policy also has little hope, since it is based on Iran’s first coming back into compliance with the 2015 Joint Comprehensive Plan of Action, from which former President Donald Trump withdrew in May 2018, before the United States will either rejoin it or reduce sanctions on Iran. Just this past week, Blinken repeated U.S. opposition to the freeing up of Iranian money held by South Korea.  Thus, in terms of trying to involve Iran constructively in Afghanistan, one has to ask: “What are the Biden people thinking?”

The administration is taking a softer verbal line toward Russia than candidate Biden did last year, though it underscores Russian interference in last year’s presidential election campaign and continues to apply pressure on Moscow, including sanctions for human-rights violations in Russia (e.g., regarding Alexei Navalny).  Meanwhile, Russian president Vladimir Putin is thoroughly demonized in American politics. All this may be merited, but it is no basis for cooperation on the issue of Afghanistan.

As a central feature of U.S. foreign policy, the Biden administration is also focused on limiting China’s ambitions in East Asia and elsewhere, marked (as with Trump) by stiff, at times even confrontational rhetoric. China does pose major challenges and its ability to help the United States solve its Afghanistan problem is unlikely.  Notably, China has its own designs in Afghanistan, especially economic.

More significant, Afghanistan has to be seen in the context of wider regional factors. Indeed, in addition to Iran, Russia, and China, virtually every other regional power has greater strategic and political interests in Afghanistan than does the United States. For example, next-door Taliban-supporting Pakistan, its arch-rival India, Saudi Arabia (with its ties to the Taliban), and Israel have their own ambitions in Afghanistan and accommodating to the U.S. perspective about the region’s future is not a notable feature for any of them. Remarkably, one “partner” that would be likely to support U.S.-led diplomacy—the European Union and individual leading European states—has no part in the U.S. scenario.

There is also nothing in the U.S. proposals currently on offer (at least publicly) that points toward a larger framework for shared interests, not just in Afghanistan but in the overall region. This is an indispensable requirement and should have been the administration’s starting point. There has to be at least a modicum of shared security for all of the interested parties, which does not now exist; indeed, some of these countries are in contention with one another.

The U.S. peace process in Afghanistan, which began under Trump and produced an agreement in February 2020, also holds out little realistic hope for the current government in Kabul and its non-Taliban supporters. From the start, it was redolent of the policy toward Vietnam adopted by the Nixon administration, what was called a “decent interval” before the United States got out. It may be that the Taliban would be content just with power-sharing in Afghanistan with Ghani and others, but that is not a bet work taking. There is nothing that the United States now offers that creates circumstances for other than eventual Taliban control of at least most of Afghanistan.

Does any of this really matter to the United States?  The short answer is that the United States has little at stake of major importance in whatever happens in Afghanistan, itself, except to the extent that “getting it wrong” could have negative knock-on effects elsewhere in the region, as well as a potential black-eye for the United States as the product of yet another “society remaking” project gone sour and—if the Taliban prevail—another set of partners abandoned, as the United States did after ending its role in the Vietnam War.

After the threat of Soviet incursion into Afghanistan went away with the end of the Cold War, the United States has had no inherent strategic interest there. Even the U.S. invasion following 9/11 was not about Afghanistan as such but reflected a natural and highly-popular need to lash out in response to terrorist attacks on U.S. soil.

In its own interests, United States needs in Afghanistan are limited to wanting to forestall (A) its again becoming a jumping-off point for terrorism that might at some point threaten the American homeland (as well as Europe as a secondary interest) and (B) a serious conflict in the region, stemming at least in part from a power vacuum fomented in major part by ill-considered and certainly premature U.S. actions. Then there is (C), which is the likely collapse of domestic progress in Afghanistan and a return to harsh Taliban policies, including renewed repression of women and girls. Indeed, the most significant US interest in Afghanistan as such is moral—the impact on social progress that an ascendant Taliban would reverse.  And, if the Taliban do prevail, Biden will surely be accused by his political opponents as having “lost” Afghanistan. A similar concern haunted the Democrats for a generation after China was supposedly lost in 1949, and LBJ was obsessed with Vietnam, in major part so he would not be the first president to lose a war.

The U.S. push on Afghanistan is also remarkable in coming so soon in an administration when there was no objective need to do so. As of now, there is only one confirmed official at the State Department, Blinken (plus the U.S. ambassador to the United Nations), and only two at the Defense Department.  That means no expert team on tap at either department. (By contrast, the staff of the National Security Council does not require Senate confirmation.) Thus, there is no policymaking quorum able to chart a course and to consider all the pluses and minuses. Other presidents have learned to regret hasty actions, notably John F. Kennedy’s Bay of Pigs invasion.

In sum, before taking any decisive steps on Afghanistan, Biden needs to pull back and get his team to start thinking in true strategic terms, with Afghanistan only one element, indeed, subordinate to strategic and security matters in the region as a whole. That needs to include beginning the slow work of trying to build a region-wide security structure and gaining buy-in by all significant parties. If Biden does not revert to a deliberative approach but continues to rush his fences over Afghanistan (“urgency in my tone” in Blinken’s letter), he, like virtually all of his predecessors from Harry Truman onward, is almost certain to find the United States even more deeply mired than it is now in the Middle East and environs.  Not least, that will also distract from more important business, especially at home.

Robert Hunter was U.S. ambassador to NATO (key architect and lead negotiator for the post–Cold War transformation of NATO.)  While on the staff of the National Security Council (Lead for Europe and the Middle East), he was the author of the Carter Doctrine for the Persian Gulf. He has served on the Defense Policy Board and the State Department International Security Advisory Board. He was at the IISS, CSIS, RAND, and NDU (Europe, Russia, and the Middle East.)