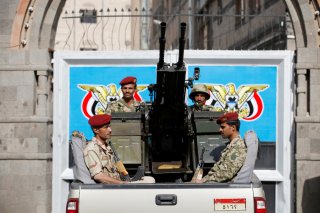 The two main factions in Yemen’s civil war agreed to a further two-month extension of the country’s fragile truce, according to United Nations Special Envoy for Yemen Hans Grundberg. The agreement temporarily delays the renewal of conflict until the fall but brings neither side measurably closer to a permanent ceasefire agreement.

Grundberg announced the truce’s renewal in a statement on Tuesday, claiming that it had gone into effect after the representatives of the northern Houthi rebel movement had indicated they would participate.

“This truce extension includes a commitment from the parties to intensify negotiations to reach an expanded truce agreement as soon as possible,” the UN envoy wrote, adding that he had attempted to negotiate a six-month extension with additional protections for civilians rather than the comparatively limited two-month agreement. Both the Houthis, based in the former Yemeni capital of Sana’a, and the internationally-recognized government, based in the southern port city of Aden, have expressed their reservations about the ongoing truce and have accused the other side of violating it.

Grundberg indicated that the renewed truce had come about after a successful three-day negotiating session in Sana’a between Houthi leaders and a delegation from neighboring Oman, which has remained neutral in the conflict and attempted to mediate it. Houthi spokesman Mohammed Abdel-Salam wrote on Twitter after the talks concluded that they had focused on “consolidating chances of halting the war and lifting the blockade,” referring to the blockade on Houthi-controlled territory imposed from 2015 onward by the Saudi-led pro-government coalition.

In the run-up to the truce’s renegotiation, U.S. diplomats also pressured the internationally-recognized Yemeni government to accept a renewal, with Secretary of State Antony Blinken urging Rashad al-Alimi, the chairman of Yemen’s Presidential Council, to accept it. Blinken claimed during the meeting that the ceasefire would “provide … the best opportunity for peace in years,” tweeting after the meeting that the Yemeni government “must not let it slip away.”

The initial ceasefire, which went into effect on April 2, was intended as a sixty-day truce to prevent fighting during the Islamic holy month of Ramadan. However, it was renewed for an additional two months on June 2, with the possibility of further extensions. The agreement marked the first nationwide pause in hostilities between Houthi and pro-government forces since 2014, when the rebel group seized control of Sana’a, initiating the civil war.

Prior to the outbreak of civil war in Ethiopia’s Tigray region, the conflict in Yemen was widely regarded as the worst conflict on Earth, with tens of thousands of civilian deaths and a nationwide food shortage affecting an estimated two-thirds of Yemenis. Conditions have improved during the truce, but a broad coalition of international aid agencies warned that they will likely deteriorate again after its expiration if a permanent settlement is not reached.