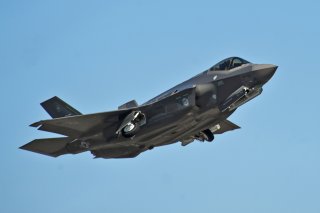 With the start of a New Year, the fiscal year 2021 (FY21), National Defense Authorization Act (NDAA) became law on January 1—despite efforts by President Donald Trump's veto. In a rare New Year's Day session, the Senate voted to override the veto. The U.S. Senate voted 81–13 in favor of the bill, following a 322-87 vote in the House of Representatives.

In addition to including a three percent pay raise for service members, the 2021 NDAA includes provisions for the restriction of the retirement of the Global Hawk surveillance aircraft, authorization of B-52 upgrades, and new helicopters and intercontinental ballistic missiles (ICBMs) for North Dakota's Minot Air Force Base (AFB).

The six F-35A test assets are also reported to be aircraft AT-1 to AT-6, and currently held by the federal government in long-term storage at Edwards Air Force Base, California. The legislation could benefit the Air Force, which will now be able to modify and use the test assets in situations where utilizing a new and operational F-35A jet could be seen as cost-prohibitive. According to a retired Air Force pilot, quoted anonymously by Janes, the aircraft could be used in flight training exercises and to help with maintenance training.

Additionally, the aircraft could be used to experiment with new technologies and to train new pilots. This would be far more cost-effective than using "full-up" F-35A jets in such situations given the price tag of the Lockheed Martin aircraft. With a total cost as high as $1.508 trillion dollars, the F-35 Lightning II Joint Strike Fighter program has been noted to be the largest single military contract in history.

The U.S. Air Force has been working to expedite the learning curve for pilots who are learning to fly the fifth-generation F-35 stealth fighter jet for the first time. Using the test aircraft would seem to be part of that strategy.

However, it may not be exactly a perfect situation for those learning to fly the fifth-generation fighter aircraft. The original test aircraft were actually placed in long-term storage because they are the oldest versions of the F-35 jet, and as Janes reported, those aircraft may not resemble the current-A models of the Joint Strike Fighter—the conventional takeoff and landing variant. The test assets reportedly have older avionics and test instrumentation and could have a limited utility in their current configuration.

Another and far bigger issue could be exactly whether all six of those aircraft are fully operational. According to the F-35 program office, of the twenty-three F-35 stealth fighters in the test fleet at Edwards AFB, only achieved a “fully mission capable” rate of just 8.7 percent in June 2019. That is only two of all the aircraft.

Thus, while it is good news that the Air Force has been authorized to utilize the test aircraft for training, the question is whether those aircraft are actually up to the task.