Donald Trump's Syria Withdrawal: Are We Asking the Right Questions? 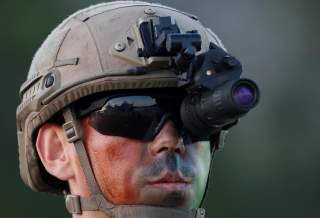 President Trump’s decision to withdraw U.S. troops from the border region in northeast Syria is exceptionally rare in drawing fire from Republicans at least as much as from Democrats who oppose him on a multitude of other issues. Because of this rarity, the political contours of the debate threatens to overshadow the substance. Democrats, outraged by many other things Trump has done, may be tempted to throw this issue into the bin of reasons Trump must go and be leery of expressing support for the president lest this support detracts, amid an impeachment inquiry, from all those other reasons. Republicans may welcome an opportunity to demonstrate that they are not slavish apologists for Trump.

The reported procedure through which Trump reached the decision is hard to defend. It appeared to be an impulsive act, reached after a phone call with Turkish President Recep Tayyip Erdogan, that was not vetted through the relevant policy bureaucracy and caught much of that bureaucracy by surprise. Such a broken method of presidential decision-making has produced bad policy in the past (not just in the current administration) and will continue to produce bad policy in the future as long as Trump uses it. But the procedure is not the same as the substance. Even a broken clock is right twice a day.

The flurry of criticism of the president’s decision has had an absolutist quality that has tended to ignore qualifications to arguments against the decision and to leave unstated many valid arguments in the opposite direction, even if they do not come through in Trump’s blurts and tweets. The criticism disregards how the war in Syria has always been a difficult policy problem in which there are no good options and the task has been to identify the least bad option. Most of all, critics fail to spell out the long-term implications of keeping U.S. troops there.

Probably the most legitimate criticism of Trump’s decision has centered on the theme of leaving in the lurch Kurdish militias who played a major role in fighting to eliminate the “caliphate” of the Islamic State (ISIS), and of possibly discouraging other nonstate actors from cooperating with the United States in the future. It should be recognized, however, that the Kurds did not do what they did on the battlefield as an act of generosity to the United States. Trump captured only a portion of what needs to be noted in this regard with his tweet saying that the Kurds were “paid massive amounts of money and equipment” for their fighting. The Kurds also had a direct interest in defeating ISIS, and they have been playing they own political-military game regarding their relationship with Syrian Arabs. Yes, the Kurds have been historically screwed, as a large nationality that has never gotten its own nation-state. But the original sin as far as modern western statesmanship is concerned occurred a century ago as the Ottoman Empire was carved up. The Syria of today is not a place where that historical wrong can be righted.

The idea of a U.S. president swinging into action in response to a phone call with Erdogan is understandably repugnant given that Turkish president’s repugnant authoritarian tendencies.  But the Turkish sensitivity about the Syrian Kurds is by no means limited to Erdogan. A direct organizational connection links the Kurdish militia in the region in question, the People’s Protection Units (YPG), to the Turkish Kurdish resistance movement, the Kurdistan Workers’ Party (PKK), which has spilled much Turkish blood over more than three decades through international terrorism and insurgency in southeastern Turkey. Americans who are quick to condemn anyone with the slightest “link” to anti-U.S. terrorist groups would be just as hardline toward the Syrian Kurds if placed in Erdogan’s situation.

ISIS is not out even if it is down, but with the physical caliphate erased from the map, the remaining counterterrorist tasks are not primarily ones that troops on the ground can accomplish. They tend to be more ones in which a foreign military presence is more of a provocation than a help. Any possible resurrection of the caliphate would be at least as much a matter for the Syrian regime and other players in the immediate vicinity to tackle as it would be for the United States.

The argument that a withdrawal of a thousand or so U.S. troops from Syria forfeits U.S. “leverage” tends to conflict with the argument from the same quarters that this military presence is easily sustainable because it is small. What exactly is this troop contingent expected to accomplish in supposedly leveraging other actors in the Syrian mess who have larger military contingents present?

This question is related to the further argument that Russia and Iran will be the “winners” from Trump’s withdrawal decision. Leaving aside the implicit assumption that U.S. interests are zero-sum with the interests of those states, the argument pays no attention to the dynamics of Russia’s and Iran’s relations with the Assad regime in Damascus. That regime will remain more, not less, dependent on its foreign allies to the extent that some Syrian territory remains under the control of U.S.-backed separatists.

Critics of the decision to withdraw seldom address the long-term question of how their recommended course of action ends. The vision seems to be a permanent U.S. protectorate of a Kurdish-controlled part of a still-divided Syria, with a never-ending American troop presence that doesn’t really leverage anyone but instead functions as a trip-wire that raises the risk of war with Russia, Iran, or even fellow NATO member Turkey. A secure future for Syrian Kurds requires an internationally supported resolution of the Syrian civil war. Those wishing to criticize Trump over Syria ought to focus not on the troop withdrawal but instead on failing to participate fully in the relevant multilateral diplomacy rather than leaving that function to Iran, Russia, and Turkey.

Also seldom asked is how important events inside Syria ultimately are to U.S. interests. In fact, they are less important to the United States than they are, for various historical and geopolitical reasons, to Iran, Russia, Turkey, and of course the Syrian regime. Post-Ottoman Kurds have been without their own state for a century, Assads have been in power in Damascus for half a century, and Russia and Iran have been Syrian allies for decades. And the United States has nonetheless managed.