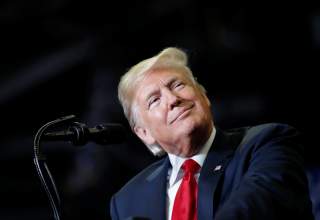 On the day after the U.S. midterm elections, European politicians and analysts are bracing for disruption from Donald Trump that will be even greater than what he has perpetrated so far. Their concerns are well-founded, for reasons related both to the election result and to Trump’s methods of operation.

Some now-familiar characteristics of Trump’s presidency, especially pertaining to foreign relations, are relevant. Trump places highest priority on applause from his political base, which means he cares little about damage to national interests so long as the applause keeps coming. He has become, with much practice, a master in the art of distraction and diversion through manufactured crises and outrageous statements. Crisis and outrage have positive value for him. And his overall approach to foreign relations has largely been one of knocking down and destroying things, especially anything institutional or multilateral. Even when a constructive result finally comes, as with North American free trade, it is only after the storm and stress of a Trump-manufactured crisis.

The election results play into these tendencies in two basic ways. Although it is questionable whether Trump would have been inclined to make any course corrections even if the election had produced a blue wave, there was no blue wave. The president almost certainly sees aspects of the results—especially the increase in Republicans in the Senate, who are the candidates for whom Trump did most of his campaigning—as reason to keep doing what he is doing. Thus, one consequence of the election is to reinforce the familiar Trumpian tendencies.

The other set of consequences flows from the Democrats gaining control of the House of Representatives. The specific implications here are twofold. One is that there will be even less prospect than there was before for anything that can be called a GOP legislative accomplishment. So attention-getting action will have to be, from the White House’s perspective, less in domestic policy than in foreign policy, in which presidents are able to do more while disregarding congressional sentiment.

The other implication of the changed control of the House is the likely marked increase in investigations and hearings that will draw attention to much of what is questionable and scandalous in the administration and to which the president’s partisans in Congress have turned a blind eye over the past two years. Thus, there will be that much more from which Trump will have to divert and distract attention. This is especially true of, but by no means limited to, the Russia-related inquiry of special counsel Robert Mueller. There already were reasons to expect that the post–election period would be one in which Robert Mueller accelerates his investigation toward a conclusion. Democratic control of the House also provides some protection against any White House or Republican moves to bury the results of Mueller’s probe.

The stage is now set for some sort of attention-getting, either a White House-initiated confrontation or crisis abroad. Although the whole world is a stage on which such a drama can be produced, confrontation with Iran is the likeliest place that drama will appear. The administration’s single-minded campaign of stoking hostility and tension with Iran already has created the necessary atmosphere. Although Trump probably would like eventually to reach some kind of deal with Tehran that he would claim, regardless of its contents, was better than what previous administrations had reached, such a denouement of the administration’s current course is, as Barbara Slavin explains, quite unlikely. This is partly because the administration has provided no proposition to which any Iranian leader could say “yes” and survive politically to tell the tale. A more likely consequence of the Trump administration’s course is the outbreak of war. War, of course, is the ultimate political distractor. Trump’s national security advisor, who long has itched for a war with Iran, is able to make things happen that would increase further the chance of such a war, even without any micromanagement from his boss.

Military confrontation with China is a less likely but still substantial possibility. The geopolitical context of U.S.-Chinese competition makes limited war in a place such as the South China Sea possible without high risk of escalation to the nuclear level.

Economic warfare is sure to be part of any escalated Trumpian foreign-relations crisis, and of course the administration already is waging much economic warfare already. China is the principal target of Trump’s trade war, and the campaign against Iran entails economic warfare against not only Iran itself but also against European allies and much of the rest of the world.

The loss of the House to the Democrats plays into how Trump will use and spin the economic warfare. The loss gives him someone to blame for further undeniable hits to American pocketbooks, which in his eyes will lessen the risks to him of intensifying the economic warfare. A major Trump talking point in the 2020 campaign will be that House Democrats brought on the recession that is now likely as the decade-old economic expansion, currently sustained by a tax-cut sugar high, runs into the negative effects of a ballooned deficit, consequently higher interest rates, and tariff-induced reductions in demand and foreign trade.

Plausible speculation before the election held that Trump not only was resigned to loss of the House—as his own rhetoric clearly indicated—but that he welcomed it, for reasons of blame attribution. That is not the way a good Republican Party loyalist would see things, of course. But this is one more indication that in Trump’s world and in his eyes, it’s all about him—and about the applause lines in his next campaign.