Another Round of “Golden State Stimulus” Checks Are Coming Soon 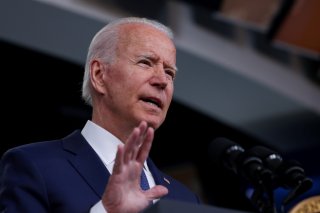 Last week, the California state legislature approved a second round of statewide stimulus payments to Golden State residents. The “Golden State Stimulus” checks, as the government has officially dubbed them, are worth $600 apiece.

The first wave of these checks has already been sent out. However, most residents did not receive them because the upper-income threshold for qualifying was $30,000 per year, a low bar that excludes more than half of working Californians. The median income in California is around $32,000 per year.

The legislature has provided few details on when the second round of payments will actually be sent out. The California Franchise Tax Board (CFTB), the state’s tax collection agency, has been tasked with making the payments; it has said that it will release further information as directed by the legislature.

The CFTB is basing eligibility for the checks on individuals’ 2019 and 2020 state income tax returns; to ensure that all eligible Californians can receive their payment, the agency has recommended that people file tax returns, even if they nominally owe no taxes. The federal income tax deadline for 2020 was in May 2021, but California has extended its deadline to October 15; any returns received by that date will qualify the filer for a stimulus payment if he or she meets the income limit.

California is one of a number of states that requires a balanced budget. The law stipulates that the governor submit the budget proposal for consideration in January, and legislators modify and approve it by June. If the legislature is unable to do this, the government shuts down, and all members forfeit their salaries until an agreement is reached.

While a provisional budget was passed within the deadline constraints, legislators have been unable to reach full agreement on how to spend the state’s large surplus; for instance, many homelessness advocates were upset when a proposed $1 billion statewide fund to combat homelessness was not found in a later version of the budget. The stimulus payments, however, have been broadly popular among the electorate, and are expected to continue.