Are Democrats Dragging Their Feet on Social Security Reform? 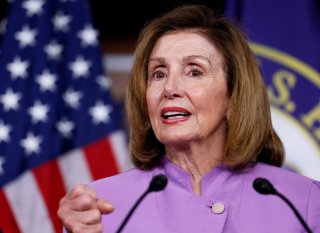 All of a sudden, Social Security is a salient issue in this year’s midterm elections, specifically because some Republican senators made comments that made it appear their commitment to the program’s current design was shaky. This included a messaging document from Sen. Rick Scott (R-FL), the head of the Republican Senatorial Campaign Committee, which called for all federal legislation to sunset after five years.

President Joe Biden issued a statement earlier this month, in honor of Social Security’s birthday, in which he stated that “if you know me, you know I think rebuilding the middle class is the moral obligation of our time…Social Security allows for our seniors to retire with dignity, and me and my Democratic friends on the hill are trying to protect it and expand it.”

There are several bills under consideration in Congress that would change and shore up Social Security, but the president and leaders in Congress have yet to officially get behind any of them.

A piece this week by The American Prospect, a left-leaning magazine, argued that Democratic Congressional leadership has dragged its feet on Social Security reform legislation.

“As Democrats barreled toward a surprisingly productive legislative session in July, House leadership quietly killed a vote on whether to expand Social Security,” the report said.

That was a reference to Social Security 2100: A Sacred Trust, the bill introduced by Rep. John Larson (D-CT). Per the story, the bill was “set for markup” in July in the House Ways and Means Committee, before the office of House Speaker Nancy Pelosi “killed” it.

“Nancy Pelosi said, ‘Just keep working the bill,’” Larson told the website. “And that’s what we’ve continued to do.”

Pelosi spokesperson Henry Connelly did issue a statement to the outlet.

“There is absolutely no question of Democrats’ commitment to the strength of Social Security and Medicare, nor sadly is there any doubt about extreme MAGA Republicans’ commitment to destroying these vital pillars of financial security for our seniors, with House and Senate Republicans constantly calling for them to be slashed or even terminated.”

Larson told the site that a certain Pelosi staffer, Wendell Primus, had been pushing against going forward with the bill.

“Wendell’s argument to groups has been, listen, there are only a limited amount of resources, etc., and we have to make difficult decisions at times,” Larson told the site. “There’s more than a shred of truth to the fact that children are in great need, but there certainly is an equally strong argument that both are in need.”

The story added that a narrower bill, to eliminate the Windfall Elimination Provision (WEP) and the Government Pension Offset (GPO) from Social Security, is more likely to move forward.