Biden Administration Reminds Parents of $193 Billion Waiting for Them 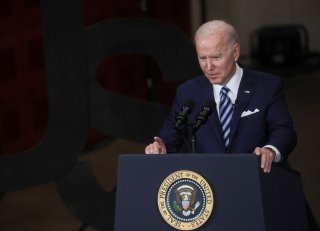 The Biden administration wants struggling American families with children to know that there is approximately $193 billion waiting for them—but they need to take action this tax season.

Between July and December 2021, the American Rescue Plan-approved enhanced child tax credits (CTC) provided eligible parents as much as $3,600 per child under the age of six and up to $3,000 per child age six to seventeen. Broken down further, this meant that a $250 or a $300 payment for each child was issued to parents each month.

Now, these CTC-eligible households are entitled to the second half of the tax credit money. Furthermore, parents who didn’t get those payments last year can now receive those credits as well.

During a virtual White House event on Tuesday to encourage Americans to send their tax forms to the Internal Revenue Service, Vice President Kamala Harris advised that families should go to childtaxcredit.gov to check their eligibility for the enhanced credits.

“The truth is there are people across our nation who work hard every day and still struggle to get by and it should not be this way in our country,” she said. “You still need to file your taxes. That is the only way to receive the second half of what you are owed.”

Treasury Secretary Janet Yellen said that recent research indicates that enhanced credits are among the most promising policies for reducing child poverty in the United States.

“There is very little equivocation that these policies lift up the lives of millions of people, and, in so doing, lift up the country,” she said.

Yellen added that many eligible families did not receive an advance payment of the credits because their child was only born last year or they had not filed taxes before.

There has been a recent push among Democrats to add another twelve months to the enhanced credits via the Build Back Better legislation. However, that social spending bill has stalled largely due to opposition from some conservative-leaning Democrats who contend that extending the enhanced credits would only discourage people from working and that additional federal spending would exacerbate current inflationary pressures.

Top Senate Democrats, though, have pressed President Joe Biden to keep the enhanced child tax credit as the “centerpiece” of Build Back Better.

“The consequences of failing to extend the CTC expansion are dire, particularly as families face another wave of the COVID-19 pandemic,” the Senators, led by Michael Bennet (D-Col.), wrote in a recent letter.