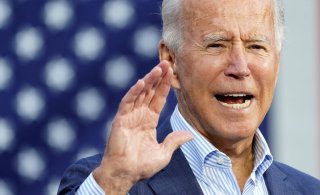 President Joe Biden has signed a far-reaching executive order intended to curb anti-competitive practices in the U.S. economy and preserve greater competition. Biden signed the executive order on Friday. It contains a number of other provisions, including reforming consumer data protection, ensuring transparency in healthcare pricing, and curbing the use of legal clauses designed to prevent competition.

Biden billed the order as an effort to “reduce the trend of corporate consolidation, increase competition, and deliver concrete benefits to America’s consumers, workers, farmers, and small businesses.”

Biden’s order is in part a response to progressive criticism of business-friendly government practices. However, conservatives and free-market supporters have supported portions of it, notably the parts designed to rein in the power of “big tech” companies such as Amazon and Google, a long-time objective of conservative lawmakers.

The executive order was broad in scope, discussing specific issues across a wide range of commercial fields; however, many of the policies adhered to Democratic priorities. For instance, the measure suggested that the Federal Communications Commission restore “net neutrality” rules, which it infamously removed during the Trump era. It also ordered airlines to provide refunds for poor accommodations, limited the ability of businesses to force employees to sign “non-compete” agreements, and gave farmers greater leverage in negotiating prices with large meatpacking firms. It also outlined a consumer’s “right to repair” their own property, such as vehicles, electronics and farm equipment, without voiding their warranty.

The order was preceded by a similar order in 2016, near the end of Barack Obama’s presidency. That order urged greater competition among businesses, but provided no binding demands, and was largely made irrelevant after President Donald Trump took office.

Many of Biden’s current White House officials have previous experience in antitrust advocacy. Lina Khan, now the chair of the Federal Trade Commission, previously criticized the shortcomings of antitrust law in dealing with anti-competitive Big Tech companies such as Amazon.

To support its recommendations, the order pointed to a study conducted by the Economic Liberties Project which claimed that the average American household lost $5,000 per year to anti-competitive practices.