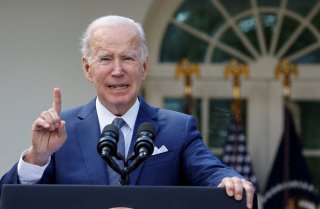 Social Security has become more of a salient political issue in 2022 than it has been in many years, with Democrats mostly accusing Republicans of threatening Social Security (and sometimes Medicare) if they take control of Congress in the midterms.

“Republican leaders have made it clear they will crash the economy by putting the United States in default unless we yield to their demand to cut Social Security and Medicare,” President Joe Biden said this week. “And that’s more than a promise. It’s a threat.”

The president further addressed the issue in a speech.

According to The Hill, this has emerged as a critical part of Democratic messaging leading up to the election. House Speaker Nancy Pelosi addressed the issue on CBS’ “Face the Nation” on Sunday.

The Republican Party has not made it their official position to attempt to cut Social Security should they come to power in Congress next year. However, some GOP messaging documents this year have implied that, as have some individual candidates.

For instance, the Republican Study Committee’s “Blueprint to Save America” lays out a scenario for Social Security reform.

“More than 55 million retirees, survivors, and their families collect benefits from the Social Security Old Age and Survivor Trust Fund (OASI), and the RSC Budget is committed to protecting and strengthening this critical program for those that need it most," the proposed budget says.

“Unfortunately, the OASI Trust Fund will be depleted in 2034. When the trust fund is depleted, Social Security beneficiaries will face a 24 percent cut in benefits that will grow over time. This is an unacceptable and immoral outcome. To be clear, those who stand in the way of reform stand in favor of this 24 percent across-the-board cut… The RSC Budget recognizes it is paramount to honor Social Security’s commitments and to fully compensate those Americans and their families for the high taxes levied on them for decades to fund this program. Further, it would be fundamentally immoral to address the Social Security’s solvency issues by taking more money away from working class Americans and small businesses by raising payroll taxes, which is exactly what Congressional Democrats have proposed to do. We must strengthen Social Security to ensure it is there for the lower and middle-class retirees who depend upon it.”