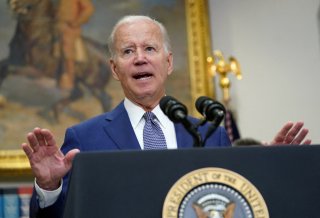 On Friday, President Joe Biden nominated Julie Rikelman, the attorney who represented the abortion clinic in the Supreme Court case that ultimately resulted in the overturning of Roe v. Wade last month, to serve as a judge on the Boston-based First Circuit Court of Appeals, according to Axios.

Rikelman, who was born in Kyiv, Ukraine, and immigrated to the United States with her family in 1979, is currently employed as the senior director of U.S. litigation for the Center for Reproductive Rights, an abortion rights organization that is behind several active lawsuits challenging state abortion bans.

Per CNN, her biography on the Center for Reproductive Rights’ website says: “In addition to challenging bans and clinic closing laws around the country, Julie's other litigation work at the Center has included leading the Center's efforts against invasive ultrasound laws, fighting to preserve access to medication abortion, and defending the rights of young people in Florida and Alaska to make their own reproductive health decisions.”

According to The Hill, Rikelman is a Harvard College and Harvard Law School alumnae. She previously clerked for Justice Dana Fabe on the Alaska Supreme Court and Judge Morton Greenberg on the Third Circuit Court of Appeals.

“At a time when reproductive rights are under attack, Julie Rikelman is an exceptional nominee for this moment,” Sen. Elizabeth Warren (D-MA) wrote on Twitter.

“She will be a welcome addition to the First Circuit Court of Appeals,” she added

Meanwhile, the National Women’s Law Center tweeted that “restoring our democracy and abortion access will require judges who will defend justice and secure our rights. Julie Rikelman is the champion we need for a federal judiciary seat.”

Rikelman’s nomination comes roughly a month after the Supreme Court struck down Roe, the 1973 landmark decision that established the constitutional right to an abortion. The controversial ruling gave the states the authority to set their own abortion policies.

Amid growing pressure from many Democrats and abortion rights groups, the House of Representatives last month passed legislation that aims to protect the right to purchase and use contraception without government restrictions. The Right to Contraception Act, sponsored by Rep. Kathy Manning (D-NC), also affirms the right of healthcare providers to provide contraceptives and allows the Justice Department and entities harmed by contraception restrictions to seek enforcement of the right in court.

The Biden administration has also warned pharmacists that they are at risk of violating federal civil rights laws if they decide to deny filling prescriptions that could be used for abortions. Additionally, the White House told hospitals that they “must” provide abortion services if the life of the mother is at risk, contending that federal law on emergency treatment guidelines preempts state laws in jurisdictions that now prohibit the procedure without any exceptions.