Can the Fed Tackle Inflation Without Triggering a Recession? 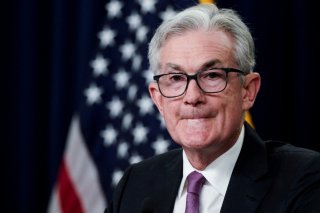 Goldman Sachs is suggesting that the Federal Reserve’s ability to engineer a soft landing—taming inflation while not tipping the country into a recession—is still “feasible” but is also becoming more difficult to achieve, CNBC has reported.

“Our broad conclusion is that there is a feasible but difficult path to a soft landing, though several factors beyond the Fed’s control can ease or complicate that path and raise or lower the odds of success,” Goldman economist David Mericle said in a client note over the past weekend.

The Bureau of Labor Statistics’ latest Consumer Price Index (CPI) was found to have reached 8.5 percent in July year-over-year, a decrease of 0.6 percentage point from the month prior. On a monthly basis, however, prices were unchanged even as energy prices plummeted 4.6 percent and gasoline 7.7 percent. That offset a 1.1 percent monthly increase in food prices and 0.5 percent in shelter costs.

With these figures in mind, Mericle noted that the central bank’s effort to contain the momentum of higher prices has “shown little convincing progress so far.”

“The bad news is that high inflation is broad-based, measures of the underlying trend are elevated, and business inflation expectations and pricing intentions remain high,” he continued.

In order to bring inflation down further, more aggressive rate hikes might be needed, with Goldman projecting a full percentage point increase by the end of the year.

“The market is misunderstanding what the Fed is up to. I think the Fed is going to be higher for longer than what market participants understand at this point,” he told CNBC’s Squawk Box, adding that the central bank will keep hiking rates until inflation has returned to its 2 percent long-run objective.

Similar sentiments were expressed by Richmond Federal Reserve Bank President Thomas Barkin, who told CNBC on Friday that he would “like to see a period of sustained inflation under control, and until we do that, I think we’re just going to have to continue to move rates into restrictive territory.”

Late last month, the Fed raised its key short-term rate by three-quarters of a percentage point for a second straight month. The unanimously approved rate hike put the federal funds rate at a range of 2.25 percent to 2.5 percent, the highest level since December 2018.