Can the Schumer-Manchin Bill Do Something About Climate Change? 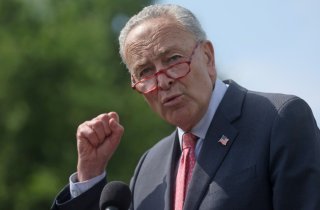 The 725-page piece of legislation, called the Inflation Reduction Act of 2022, sets aside $369 billion for climate and clean energy provisions, which is the most aggressive climate investment ever proposed by Congress, NBC News reported. The bill comes even as the Supreme Court has limited the government’s ability to curb carbon dioxide emissions.

“I support a plan that will advance a realistic energy and climate policy that lowers prices today and strategically invests in the long game,” Manchin said in a statement on Wednesday. “This legislation ensures that the market will take the lead, rather than aspirational political agendas or unrealistic goals, in the energy transition that has been ongoing in our country,” he continued.

The bill is considered to be a major boost for President Joe Biden, whose attempts to address the climate crisis often have been thwarted by opposition from within his own party, particularly Manchin, a conservative Democrat.

Biden has vowed to slash greenhouse gas emissions by at least 50 percent of 2005 levels by 2030, and reach net-zero emissions by 2050. The president noted that the tax credits and investments for energy projects in the bill would create thousands of new jobs and help lower energy costs, particularly important amid current high inflationary pressures.

“This is the action the American people have been waiting for,” the president said in a statement on Wednesday. “This addresses the problems of today.” The legislation calls for a $10 billion investment tax credit to manufacturing facilities for products like electric vehicles, wind turbines, and solar panels, and an additional $30 billion for production tax credits to accelerate domestic manufacturing of solar panels, wind turbines, batteries, and critical minerals processing.

In an effort to cut emissions, $20 billion is allocated to the agriculture sector, and $3 billion will be spent to reduce air pollution at ports. An additional $9 billion is earmarked for the federal government to purchase American-made clean technologies, including $3 billion for the U.S. Postal Service to buy zero-emission vehicles.

Furthermore, car buyers will be able to continue to claim the current $7,500 federal tax credit for the purchase of a new electric vehicle. There will also be a $4,000 credit for buying a used one. Both credits would only be available to lower and middle-income consumers. The bill also removes the current 200,000 vehicle cap before triggering a phase-out of the tax credit.

The Senate is expected to vote on the proposed legislation next week, after which it will head to the House of Representatives.