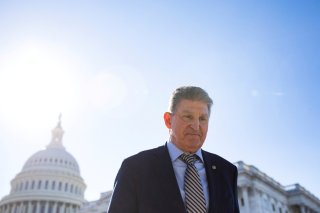 Since the enhanced child tax credit (CTC) ended at the end of 2021, nearly 3.7 million more children are now in poverty, according to the Center on Poverty and Social Policy at Columbia University’s new study.

Data indicated that the monthly child poverty rate rose from 12.1 percent to 17 percent—the highest rate witnessed since the end of 2020.

“While in place, the monthly child tax credit payments buffered family finances amidst the continuing pandemic, increased families’ abilities to meet their basic needs, reduced child poverty and food insufficiency, and had no discernable negative effects on parental employment," the study’s authors wrote.

The study’s concerning results come on the heels of another survey conducted earlier this month by ParentsTogether Action. ParentsTogether found that nearly 60 percent of parents were unable to afford enough groceries since the tax credit expired.

In addition, 22 percent reported that they can no longer afford to meet their basic needs.

Between July and December 2021, the enhanced child tax credits provided eligible parents as much as $3,600 for children under the age of six and up to $3,000 for children between ages six and seventeen. This amounted to a $250 or $300 payment per child each month. Moreover, these CTC-eligible households are now entitled to the second half of the tax credit money when they file a tax return this year.

But without the Build Back Better package, which would have added another year of the enhanced credits, the maximum child tax credit has now plummeted by $1,000 per school-aged child and $1,600 per child under six. In addition, millions of families who don’t meet the income thresholds are ineligible for the credits once again.

“Thanks to opposition from Senator Joe Manchin and all 50 Republicans, the Senate failed to pass the Build Back Better Act in December, effectively abandoning millions of American parents relying on the expanded child tax credit to survive as the pandemic raged,” Justin Rubenn, co-director of ParentsTogether Action, said in a statement.

“Ending these lifesaving payments drove up childhood hunger and family poverty, hurting children across the country in a time of great need. American families need the Senate to extend monthly child checks now, before more kids suffer,” he continued.

In an effort to gain bipartisan support on a Republican-friendly version of the enhanced child tax credit, Sen. Mitt Romney (R-UT) proposed bringing back the popular program with stricter work requirements.