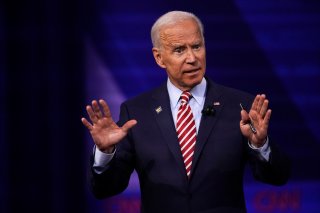 The American Rescue Plan’s enhanced child tax credit payments expired at the beginning of 2022. This news is quite troublesome for the millions of cash-strapped families that relied on the monthly checks. Many wonder how they will cover their basic costs amid the nearly two-year-long coronavirus pandemic. According to a new poll from Data for Progress, frustration over the credit’s expiration is growing.

Likely voters were asked: “Which party do you trust more to support parents with children?” Half chose the Democratic Party, while 41 percent favored the Republicans.

From July to December of 2021, the enhanced child tax credit provided eligible parents with a $250 or $300 stipend for each child. This year, CTC-eligible households are entitled to more financial assistance when they file a tax return this year.

Most Democrats, however, had planned to extend the CTC another year through the Build Back Better package. However, the bill has had difficulty garnering the support of Sen. Joe Manchin’s (D-WV), who has contended that extending the credits would only discourage people from working and exacerbate inflationary pressures.

An analysis of Census Pulse Survey data from the Social Policy Institute at Washington University in St. Louis appears to counter at least one of Manchin’s assumptions. The data show that the enhanced credits did not propel any sizable exit from the labor force.

“The research indicates that providing parents with financial support for their children is not leading them to forgo employment income altogether,” the report’s authors wrote. In fact, the researchers found that families making $50,000 or less per year actually saw their “self-employment rate increase by 2.9 percentage points following the CTC payments.”