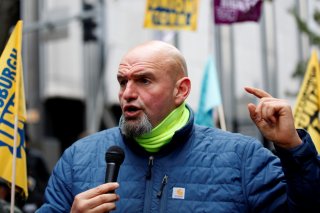 The American Rescue Plan Act put into place an expanded child tax credit, which involved direct payments to most American families during the last six months of 2021, along with an additional credit at tax time this year.

Because the expanded credit was only in place for 2021, the White House and Biden’s Congressional allies spent much of the second half of 2021 trying to figure out how to continue it. Some, such as Rep. Richard Neal (D-MA), the chairman of the House Ways and Means Committee, endorsed making the expansion permanent. The White House did not back that proposal, although Biden did propose extending the program through 2025.

Following negotiations, the Build Back Better agenda, which passed the House in December, would have extended the expanded tax credit for one more year. However, due to the opposition of Sen. Joe Manchin (D-WV), that bill did not pass the Senate.

The future of the child tax credit is uncertain, with some backing a bipartisan compromise proposed by Sen. Mitt Romney (R-UT). But one candidate running for the Senate is backing a permanent expansion of the credit.

John Fetterman, Pennsylvania’s lieutenant governor and a Democratic candidate for this year’s U.S. Senate primary, announced this week that he favors the credit becoming permanent. While Fetterman had expressed such sentiments previously, he is now doing so in the throes of a competitive primary.

"Washington needs to be helping working families across the country, making their lives easier," the candidate said, per Common Dreams. "The Child Tax Credit did just that, and it's an embarrassment that we allowed this program to expire.”

"The Senate failed to act, and now nearly four million more children are living in poverty as a result," the candidate said, referencing a study released last week by the Center on Poverty and Social Policy at Columbia University. "This program was a major, major boost to families across the commonwealth and across the nation. It's just common-sense policy. If I were in the Senate, I would have proudly and swiftly been that 51st vote to make the Child Tax Credit permanent months ago.”

Fetterman is running to replace Sen. Pat Toomey, who opposed the Build Back Better bill. If he were a senator now, the Build Back Better bill would have the votes—with Vice President Kamala Harris’ tie-breaker vote—to pass the Senate. However, that bill would not have made the credit permanent, and it’s not clear if the Democrats ever had the votes for a permanent extension.