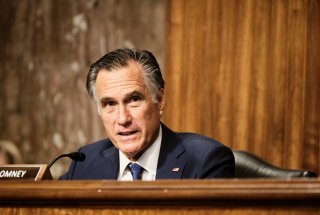 Back in early 2021, when the American Rescue Plan Act was being debated, Sen. Mitt Romney (R-UT) proposed the Family Security Act as an alternative. The proposal was rejected in favor of the Biden-supported plan that ultimately passed, although the Romney proposal has occasionally been floated this year as part of a potential compromise on the child tax credit.

Now, Romney has introduced a new version of the proposal, the Family Security Act 2.0. The proposal’s co-sponsors include Richard Burr (R-NC) and Steve Daines (R-MT). “The Family Security Act 2.0 would provide a fully paid-for, monthly cash benefit for working families, amounting to $350 a month for each young child, and $250 a month for each school-aged child,” a document provided by Romney said.

“The plan would reduce the scope of the federal government by streamlining multiple complex federal programs into one easy-to-navigate policy for working families… The Family Security Act 2.0 creates a new national commitment to working American families by modernizing and simplifying antiquated federal policies into a monthly cash benefit. Expectant parents would receive the benefit mid-pregnancy, helping them tackle the expenses that start even before a baby is born. This plan is fully paid for by consolidating existing federal spending,” it continued

The Niskanen Center last week published an analysis of the new Romney proposal. “Many members of Congress found themselves disappointed by the failure to come to a workable compromise on a permanent expansion of the child tax credit,” the analysis said. “The Romney-Burr-Daines plan offers an innovative way forward by addressing long-standing conservative concerns about the potential impact of our family security system on work, marriage, and poverty. It merits close consideration.”

Meanwhile, the Washington Post this week published a staff editorial chiding Sen. Manchin for standing in the way of the continuation of the expanded child tax credit. “While lawmakers are rightly concerned about high inflation, this program added little to it. The payments were largely spent on basics or saved,” the Post said. “If anything, high inflation is another reason lawmakers should be renewing this policy. Low-income families are the hardest hit by high gas, food, and rent costs. In the past five months, there has been a 20 percent increase in households with children that lack sufficient food. We know how to help struggling families with kids. Why isn’t Congress acting?”

The Post cited a recent Federal Reserve report on how American families spent the money from the credit. "The Fed’s findings underscore what a lifeline the CTC payments were to poorer families. Americans reported their highest-ever ‘financial well-being’ in 2021, with nearly 80 percent saying they are at least doing okay financially. The Fed explicitly noted that ‘parents experienced particularly large gains’ in their financial well-being thanks largely to the CTC payments."