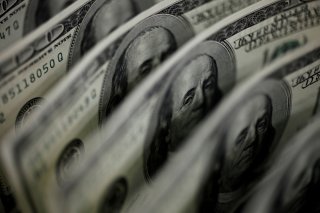 It’s been known for a while that the pandemic-era relief programs, in which the government paid out trillions of dollars over the course of just over two years, were plagued by some significant amount of fraud. Some recent Congressional testimony by a public official placed that figure at $163 billion.

The testimony was delivered to the U.S. Senate Committee on Homeland Security and Governmental Affairs by Larry D. Turner, the inspector general of the Labor Department.

"As the [the Office of the Inspector General (OIG)] reported, the unprecedented infusion of federal funds into the UI program gave individuals and organized criminal groups a high-value target to exploit. That, combined with easily attainable stolen personally identifiable information and continuing UI program weaknesses identified by the OIG over the last several years, allowed criminals to defraud the system," Turner said in his testimony, according to a transcript released by the department and reported on by the Washington Post.

"In December 2021, consistent with our recommendation, [the Labor Department’s Employment and Training Administration (ETA)] reported an improper payment rate of 18.71 percent," Turner testified. The OIG notes this estimate is based on the regular unemployment insurance (UI) program and has been applied to two of three key pandemic UI programs, Pandemic Emergency Unemployment Compensation and Federal Pandemic Emergency Compensation. ETA states it will report the third program, Pandemic Unemployment Assistance, in 2022. Applying the 18.71 percent to the estimated $872.5 billion in pandemic UI payments, at least $163 billion in pandemic UI benefits could have been paid improperly, with a significant portion attributable to fraud. Based on the OIG’s audit and investigative work, the improper payment rate for pandemic UI programs is likely higher than 18.71 percent."

Additionally, the Post reported that thieves stole from unemployment programs on a large scale, by using botnets to fire off thousands of applications at a time.

"The unprecedented explosion of unemployment claims, combined with years of disinvestment in our unemployment system, lack of state-by-state data sharing and weak identity controls, created a perfect storm for the fraud and identity theft in 2020 that we inherited," Gene Sperling, a top economic adviser to President Joe Biden and other presidents, acknowledged in a statement to the Post.

Other states have acknowledged major fraud in state unemployment systems, including Arizona, which acknowledged $4 billion in improperly distributed funds, and Michigan, which admitted it overpaid by about $8 billion.