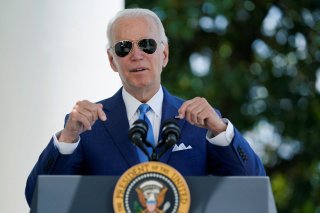 In recent weeks, the Biden administration and its allies in Congress have been celebrating the passage of the Inflation Reduction Act, which included a large amount of spending on climate change mitigation, as well as stepped-up IRS enforcement and some Affordable Care Act fixes. The bill passed on a party-line vote in the Senate, before the House passed it as well last week. The president is set to sign it into law on Tuesday, earning a surprise victory ahead of the midterm elections.

However, the bill grew out of a much more ambitious legislative agenda pushed by the Biden administration for much of 2021, before it essentially failed last December when Sen. Joe Manchin (D-WV) declared his opposition to it, although Manchin ultimately agreed to support the new bill. That 2021 Build Back Better bill, among other provisions that did not make it into the Inflation Reduction Act, would have extended the expanded child tax credit from the American Rescue Plan for an additional year. That credit entailed monthly payments to nearly every U.S. family, in the last six months of 2021.

Now, Biden and the Democrats have been assailed for not keeping the credit going by an op-ed in The Hill.

Elisa Minoff and Ellie Kaverman, both of the Center for the Study of Social Policy, wrote for The Hill that “Failure to extend Child Tax Credit in reconciliation leaves millions of families on their own.”

“Congress’s passage of a reconciliation bill this week marks a tremendous missed opportunity to support families with children and continue one of the most effective programs of the pandemic: the expanded Child Tax Credit (CTC),” the authors say in the op-ed.

"From last fall through this spring, including after the monthly payments ended, we interviewed 45 parents and caregivers of color…from across the United States. We spoke primarily to Black and Latinx parents because before ARPA’s temporary changes, they had been disproportionately excluded from the CTC due to income thresholds that punish those with the lowest incomes, and because of how racism has shaped policies to lead to caregivers of color being historically underserved by cash benefits.”

The authors added that the effect of the credit went beyond money.

“Our interviews illustrated how the CTC changed families’ everyday lives, as well as how it made them feel—about themselves, their communities, and their country. These conversations made it clear that the very structure of the expanded CTC as a relatively easy to access, nearly universal benefit—akin to Social Security but for families with children—conferred a sense of dignity, respect, and inclusion.”