Families Continue to Struggle Without the Child Tax Credit 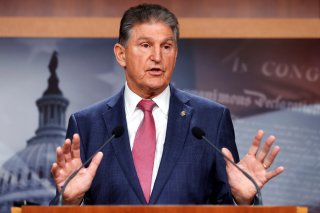 Had Congress renewed the enhanced child tax credit (CTC) at the end of last year, tens of millions of American parents would now be in line to receive their second CTC payment of 2022.

From July to December of 2021, the American Rescue Plan provided eligible parents as much as $3,600 for children under the age of six and up to $3,000 for children between ages six and seventeen. This all meant that a $250 or a $300 payment for each child was directly deposited or sent off via check to parents each month. These CTC-eligible households are now entitled to the second half of the tax credit funds when they file a tax return.

But that’s where the money stopped. Now, without these monthly payments rolling in to help families with tight budgets, many parents are having to radically reshuffle their lives—sometimes just to pay for basic needs.

According to a survey conducted earlier this month by ParentsTogether Action, nearly 60 percent of surveyed parents stated that since the monthly CTC payments came to a halt, they haven’t been able to afford enough groceries. Moreover, 22 percent noted that they can no longer afford to meet their families’ basic needs.

“These past two months have been a sort of perfect storm of factors coming together to make life even more difficult,” Allison Johnson, a campaign director with ParentsTogether Action, told CNBC. In recent months, cash-strapped parents have had to deal with a new foe—fast-rising inflation that is higher than anything witnessed in four decades. Record inflation is now putting even more pressure on their budgets.

“All of these other factors have combined to make it just extremely hard for families to get by right now,” Johnson continued.

President Joe Biden’s stalled Build Back Better agenda, which aims to tack on an additional twelve months of the monthly checks, offers a potential path forward to renewing these enhanced credits.

Democratic lawmakers have asserted for weeks that they are not giving up hope on extending the credits and that they can eventually garner the support of holdout Sen. Joe Manchin (D-WV). However, Manchin has contended that extending the credits would only discourage people from working and that any additional federal spending would only further exacerbate inflationary pressures.

“Sen. Manchin has not slammed the door on this,” Sen. Michael Bennet (D-CO) said during a recent news conference. “We know over the last six months that people have spent the money the way we said they were going to spend the money, which was to buy groceries, to pay for rent, really importantly to pay for child care so they could stay at work.”