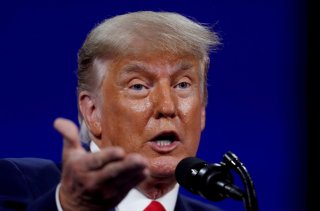 During the administration of President Donald Trump, the government began scrutinizing the social media presence of those applying for U.S. visas.

Despite the change in administrations, the policy has continued under President Joe Biden and has even been defended in court, Protocol reported this week.

According to that report, the Knight First Amendment Institute filed two lawsuits in relation to the policy. In one suit, the State Department refused to release its report about the enhanced vetting policy. That policy, per Protocol, “requires the nearly 15 million people who apply for U.S. visas annually to hand over all social media handles they used in the prior five years. That includes anonymous accounts, private ones, public ones and those they barely use.”

The Knight Foundation’s clients in the ongoing legal case include filmmakers for a pair of documentary organizations.

The Biden administration has moved to dismiss the suits. And they also proposed expanding the program to those who come to the United States without a visa.

“We think this violates the First Amendment,” Anna Diakun, a staff attorney at the Knight Institute, told the site. “It chills the speech and association of not just the visa applicants—many of whom have expansive ties to the United States—but also the people in the United States who want to engage with them.”

“Upon taking office, Biden revoked the Trump executive orders that authorized the Muslim ban, calling them a “moral blight that has dulled the power of our example the world over,” Diakun wrote in a post this week. “At the same time, he ordered a review of the State Department’s and the Department of Homeland Security’s use of social media handles in the visa vetting process, including ‘an assessment of whether this use has meaningfully improved’ the process. The Knight Institute hoped this meant the Biden administration was seriously considering eliminating—or at least curtailing—this dragnet collection of social media information.”

“We were wrong. Instead of rescinding this Trump-era policy, the Biden administration decided to double down. It’s now seeking to expand the requirement to another 15 million people per year who apply to enter the United States under the Visa Waiver Program.”

In 2019, the Brennan Center for Justice also declared that the social media vetting policy was a violation of the First Amendment. That organization joined the Knight Foundation in filing the suits, ripping the “chilling effects” of the requirement.

“The regis­tra­tion require­ment dramat­ic­ally deters visa applic­ants from speak­ing freely and asso­ci­at­ing with others online. The plaintiffs’ members and part­ners use social media to discuss an array of social and polit­ical issues, includ­ing corrup­tion, human rights atro­cit­ies, women’s rights, climate change, racial injustice, and the global impact of U.S. policy,” the Brennan Center said of the policy. “Now they must consider whether this kind of speech will lead U.S. offi­cials to subject their visa applic­a­tions to addi­tional scru­tiny, delay the processing of those applic­a­tions, or deny the applic­a­tions alto­gether. Because of the regis­tra­tion require­ment, some Doc Soci­ety and IDA members and part­ners have stopped post­ing on social media, left online groups, stopped inter­act­ing with certain friends online, or deleted their social media posts or accounts completely.”

The Knight Foundation also condemned the recent assassination attempt on author Salman Rushdie and stated that while the Espionage Act is a problematic law in many ways, it is not being abused in the case of President Trump and the recent seizure of documents from his Mar-a-Lago estate in Florida.

“Trump isn’t a whistleblower or reporter or publisher. There is no serious argument that he retained top secret records so that he could inform the public about government misconduct,” the Knight Foundation’s blog post said.

“The concerns that have led civil liberties and press freedom groups to fear and condemn the Espionage Act simply aren’t present here. Indeed, if the facts are essentially as the Justice Department asserts them to be—that Trump left the White House with scores of top-secret documents, that he failed to adequately secure them, that he refused to return them even after receiving a request from the National Archives and Records Administration and a subpoena from the Department of Justice—even a substantially narrowed criminal regime that better accounted for the First Amendment interests of whistleblowers, journalists, and the public would almost certainly reach the conduct that Trump is said to have engaged in here.”