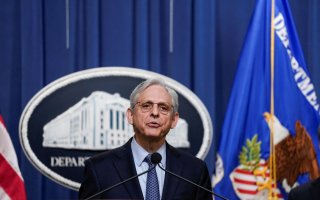 A forty-six-year-old Michigan man who formerly worked as a branch manager for JPMorgan Chase Bank was sentenced to thirty-four months in federal prison for theft of government funds and identity theft. The man was accused of stealing Social Security benefits from a deceased bank customer, according to the announcement from the U.S. Attorney’s Office for the Eastern District of Michigan.

The account holder in question died in 2007, per the Detroit News, and the thefts took place between 2008 and 2013. The man who pleaded guilty was fired “when supervisors determined he falsified documents,” the newspaper said.

In addition to the sentence, the man was ordered to pay $169,967.63 in restitution to the Social Security Administration (SSA).

“The defendant was in a position to safeguard bank customers’ accounts, and he abused that trust. It is also important to remember that stealing from the government is stealing from the taxpayers that fund that government. The sentence today reflects the seriousness of this offense,” U.S. Attorney Dawn N. Ison said in the announcement.

A woman in Maine pled guilty Thursday to charges of Social Security fraud and theft of public money, according to a statement by the U.S. Attorney’s office for Maine.

According to prosecutors, the sixty-eight-year-old, who was already collecting Supplemental Security Income, “concealed the presence of her husband in her household to maintain her eligibility to receive benefit payments.” Because the husband was alive and living in her house, she was therefore ineligible for the benefits that she received.

The woman had falsely claimed to SSA personnel that she and her husband were no longer living together. She illegally collected the benefits between July 2005 through April 2019.

Later, the man applied for Veterans Health Administration (VHA) benefits, making several claims about his age, his Vietnam War service, and his exposure to Agent Orange that turned out not to be true. The man, prosecutors said, collected $331,401.81 in veterans benefits to which he was not entitled.

Additionally, prosecutors claim the man applied for a U.S. passport with an incorrect birth year. Moreover, he later lied to agents when they questioned him about the earlier claims.

“Every year the United States suffers enormous losses from fraud against government programs,” said U. S. Attorney John E. Kuhn. “Fraud against government entitlements and services is intolerable, as it is truly a theft from all taxpayers. [The defendant’s] half-million-dollar fraud scheme compromised a multitude of programs run by multiple agencies: the Social Security Administration, Medicare, the Veterans Administration, and the Department of State.” Other government entities were also involved in the investigation.

“The Diplomatic Security Service (DSS) is firmly committed to working with the U.S. Department of Justice and our law enforcement partners to investigate and prosecute all allegations of criminal activity related to passport and visa fraud,” said Special Agent in Charge William Chang of the DSS.

“The strong relationship we enjoy with our federal and local law enforcement partners is vital towards ensuring the integrity of U.S. travel documents and protecting greater U.S. interests.”