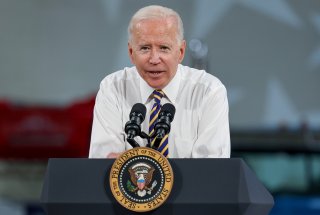 In an effort to blunt the financial consequences of the pandemic, the White House and Congress maneuvered quickly to green-light three stimulus checks and the enhanced child tax credit payments.

There is little doubting the fact that issuing these timely funds greatly helped cash-strapped Americans amid the health crisis. However, as reported by CNBC, if a similar “event were to happen today, many people would still struggle financially.” These findings are based on a new poll conducted by the Bipartisan Policy Center, Funding Our Future coalition, and Morning Consult.

Keeping in mind that these government-issued direct payments have stopped completely, the survey showed that 42 percent of employed Americans feel very or somewhat financially insecure. Additionally, 24 percent of respondents have no savings set aside for an emergency expense.

The poll further revealed that a third of working adults admit that they would be very or somewhat uncomfortable with their ability to pay a $400 emergency expense, while 8 percent say they wouldn’t be able to afford that at all.

The survey also indicated that within the past year, nearly half of working adults have struggled to settle their debt, followed by 46 percent identifying paying utilities and telecom bills as a challenge, 44 percent struggling with their rent or mortgage, and 42 percent challenged by credit card payments.

Other studies and polls have also shown that Americans are struggling financially due to the high inflationary pressures that have been seen across the country, with the inflation rate recently hitting a high of 8.5 percent.

According to a survey released by Salary Finance, more than 75 percent of working Americans have acknowledged that rising inflation has negatively impacted their finances over the past year. In fact, roughly 20 percent of respondents admitted that they regularly run out of money between paychecks—a figure that is up from 15 percent last year.

A recent Moody’s Analytics analysis has revealed that the high-inflationary environment is costing the average American household an additional $327 per month. That amount is about $30 more than last month’s estimate of $296 per month. The analysis comes on the heels of another estimate released by Bloomberg economists, who contend that inflation will cost the typical American household an extra $5,200 this year. Broken down, that comes out to $433 in extra monthly costs.

There are also increasing fears that the worst has yet to come. According to a Bankrate poll, 53 percent of experts believe that inflation will likely rise higher than expected over the next twelve to eighteen months.