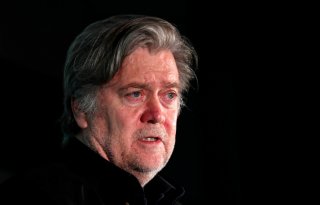 The House of Representatives has voted, largely along party lines, to charge Steve Bannon, President Donald Trump’s former chief strategist and a high-profile right-wing media commentator, with contempt of Congress, an offense that carries criminal penalties and will likely result in his arrest.

The vote was held after Bannon refused to comply with a subpoena from the House Select Committee on the January 6 Attack, set up to investigate the events leading up to the mob attack on the U.S. Capitol Building. Those events were precipitated by a rally in favor of Trump’s re-election, which Bannon and other Trump staffers helped to organize.

After the committee subpoenaed him, Bannon claimed that the events of January 6 were protected under “executive privilege,” a legal doctrine that allows the president to decline to disclose certain information about his administration. However, it remains unclear whether former presidents have the authority to proclaim executive privilege, or whether the planning for the January 6 rally could fall under its protections.

Lawyers for the former president filed a lawsuit in federal court on Monday proclaiming that Bannon’s testimony would be protected. No action has been taken on that case yet.

The House’s vote was 229 to 202, with nine anti-Trump Republicans, including January 6 committee members Liz Cheney (R-WY) and Adam Kinzinger (R-IL), voting to charge Bannon. Republican House members largely voted against the measure, arguing that the January 6 committee’s investigation was intended as a distraction from more pressing political and economic issues.

Attorney General Merrick Garland has not yet indicated how he intends to proceed with the charges. Appearing before the House Judiciary Committee on Thursday, he suggested that the Department of Justice had “a very long-standing policy of not commenting on potential investigations of actual or pending investigations.”

However, most prominent Democrats, including President Joe Biden, have called on him to enforce the House subpoena.

In the months since the January 6 attack, more than 650 people have been charged with illegally entering the Capitol Building. Most had attended the rally earlier in the morning, where Trump had urged them to march on the Capitol.

In addition to Bannon, three other Trump staffers—Mark Meadows, Dan Scavino, and Kash Patel—were also subpoenaed. All three of them have indicated that they intend to cooperate with the investigation.