If There Is a Fourth Stimulus Check, You Probably Won’t Get It 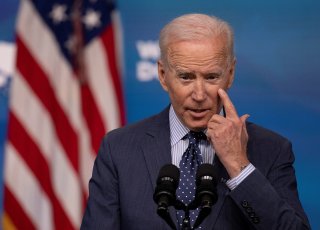 Bad news for most Americans: Even if there is a fourth stimulus measure, which appears highly unlikely at the moment, it will probably not be available to most middle-class Americans.

The issue of a fourth stimulus check is not a new one. More than eighty House and Senate lawmakers – all Democrats, and mostly associated with the party’s progressive wing – have declared their support for another stimulus measure. Proposals for what this measure would contain vary, but the most common one suggests monthly payments of $2000 until the pandemic is over – an idea first put forward in a Change.org petition which has now reached nearly 2.3 million signatures, more than one percent of the U.S. electorate.

The discussion surrounding such a stimulus check is focused on poverty, and the requests for a fourth payment are often framed as an anti-poverty measure. In a letter to President Joe Biden in May, Rep. Jimmy Gomez (D-CA) and six other Democratic members of the House Ways and Means Committee argued that a fourth stimulus check could keep twelve million Americans out of dire poverty. A number of other sources have come up with similar numbers, and a Bankrate survey found that most Americans would spend another stimulus check on essential goods including food and rent, rather than on discretionary items – supporting the argument that the money really is needed.

However, the focus on poverty is a double-edged sword. While the plight of vulnerable Americans could stir lawmakers into action, it could also mean that such a measure, if it passed, would be narrowly tailored to maximize the benefit for the poorest – possibly by lowering the cutoff for payments from $75,000 per year to a lower level. In other words, if you are not poor and urgently in need of a stimulus payment, you will probably not receive one.

At the moment, this is all speculation. Before any money is distributed, a stimulus bill needs to pass Congress, which – aside from the eighty legislators in support – has largely proven to be indifferent or opposed to another stimulus measure.

You should not assume you won’t receive any money, though. There are a number of programs, passed under Biden’s American Rescue Plan Act, which provide for increased funding for direct aid. In twenty-six states, federal unemployment insurance is still being paid. Moreover, if you have a child under the age of seventeen as a dependent, you are eligible for the newly increased Child Income Tax Credit of up to $3600 per year – now paid out during the year as a monthly mini-stimulus check, rather than a tax rebate.